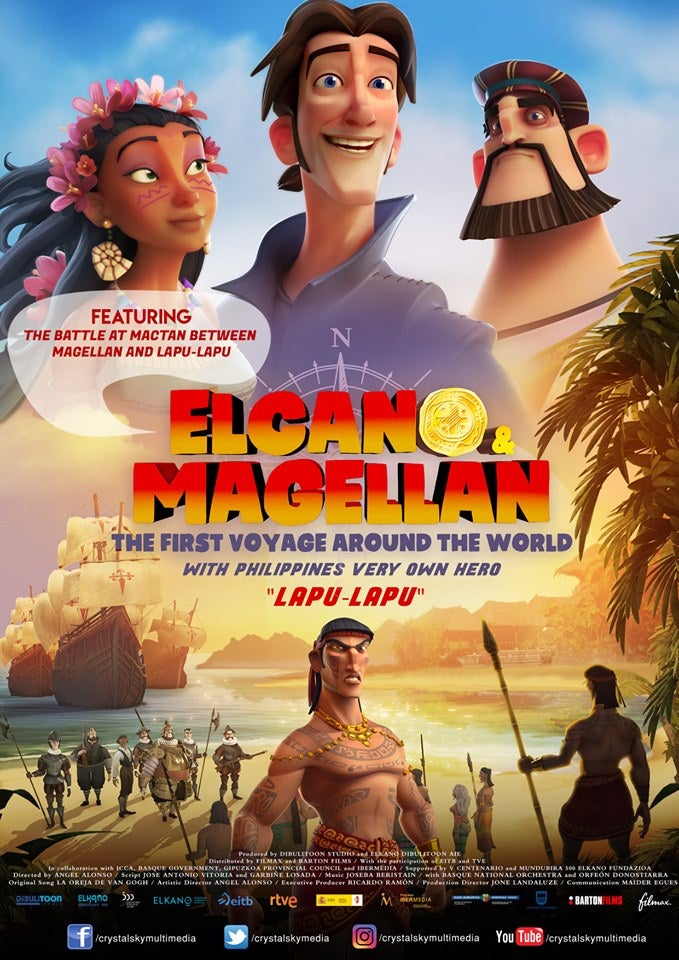 The film produced by Dibulitoon Studio and Elkano Dibulitoon AIE is described as “a voyage to the unknown that started with Magellan in command and was concluded by Juan Sebastián Elcano,” according to its official website.

Both its poster and trailer, however, did not sit well with netizens who pointed out colonizers should not be portrayed in “good light” and called for mass disapproval of the film.

“Please do not, under any circumstances, support the Elcano and Magellan movie. It portrays colonizers in a good light like they’re the heroes when Magellan brought suffering to the native Filipinos,” one netizen wrote Thursday via Twitter.

Some netizens also expressed displeasure of how Lapu-Lapu was allegedly portrayed as “villain” in the film.

“Hello FilipinX Twitter! If you have time today, please express your disapproval of the showing of the historically inaccurate and disrespectful Elcano&Magellan in the PH which depicted Lapu-Lapu as a villain in the story,” one netizen said.

“Imagine depicting Lapu-Lapu as the villain when he defended his homeland from conquerors. This is sickening. Magellan is a colonizer. Stop trying to make him some Dora and Diego,” another one tweeted.

The film’s local distributor Crystalsky Media said the movie is set for release in Philippine cinemas in January 2020, a year ahead of the 500th year of Lapu-Lapu and Magellan’s encounter in Mactan Island. /kga