Brillante Ma Mendoza: You can’t make a film about Mindanao and not mention the conflict 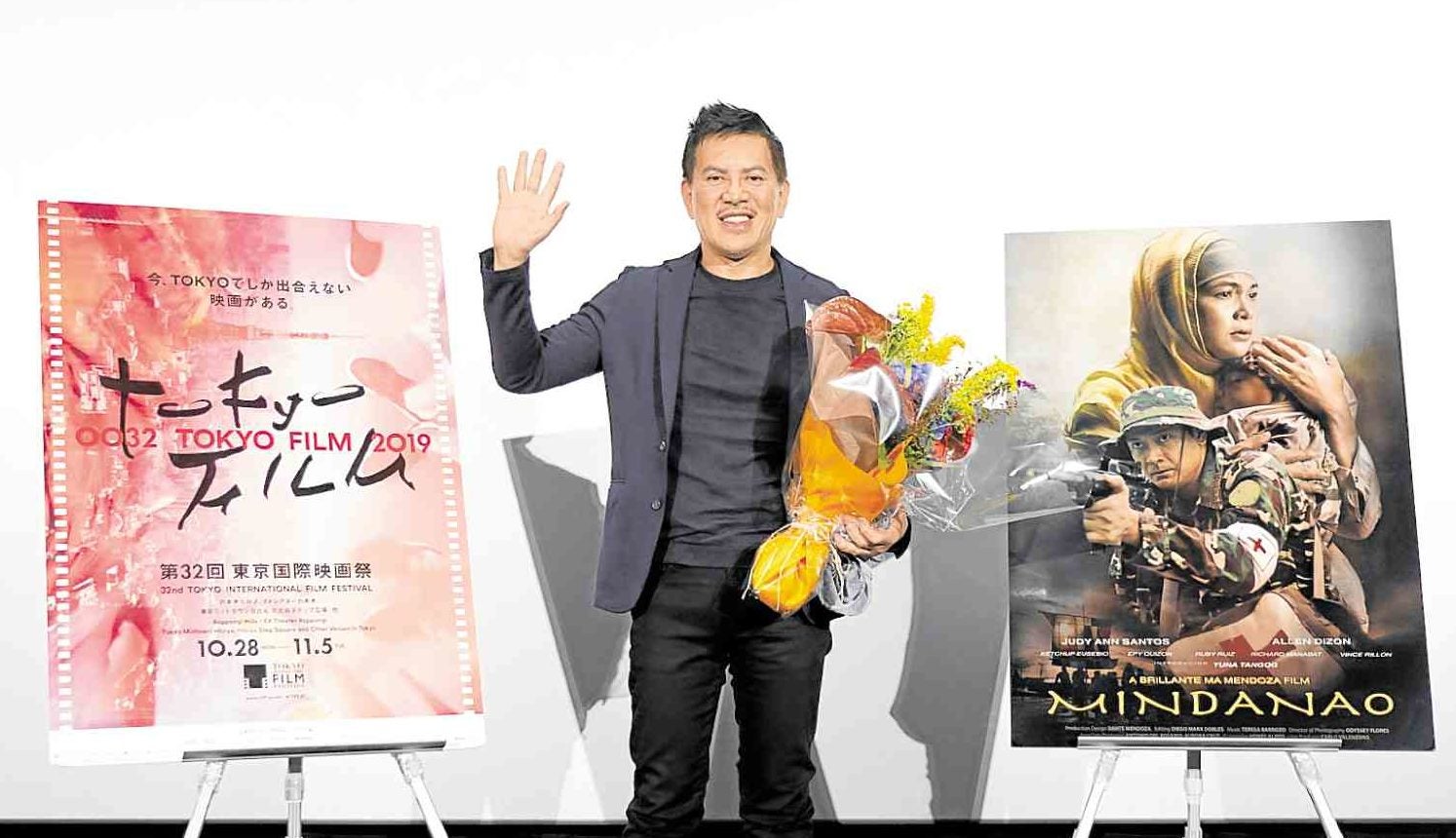 With this film, I am able to achieve small victories,” pointed out award-winning indie director Brillante Ma Mendoza, whose latest dramatic project, “Mindanao,” is one of the showcased movies in this year’s edition of the Tokyo International Film Festival (TIFF).

Mendoza said that after the screening of the Judy Ann Santos starrer at the Toho Cinemas Roppongi on Oct. 30, he was approached by a Japanese woman who teaches Nihongo to children of a small Filipino community here. “She said she wanted to know the Philippines better, that’s why she made it a point to watch the film,” Mendoza told the Inquirer. “That was her only intention for watching, but she came out imbibing the emotion of an entire nation.”

“Mindanao” is the story of a Muslim mother (Judy Ann Santos) who awaits the return of her soldier husband (Allen Dizon) while she takes care of their cancer-stricken child.

Mendoza said he was well aware of the comments about the film not being truthful to what was really happening in the region. “People question why I chose to show the armed conflict in Mindanao, when, in fact, it’s just happening in certain places and is not really the exact representation of the entire region,” the director said.

“Let’s face it. Whether we like it or not, when we say ‘Mindanao,’ people relate it to the conflict there,” he stressed. “Therefore, you cannot just make a film about Mindanao and not mention the conflict.”

Mendoza said his intention wasn’t really to show the “bad side” of Mindanao. He then explained the reason for present ing a Muslim soldier, who is also a Maguindanaoan, as the male lead character. “You can serve the country regardless of whether you’re Catholic, a Christian or a Muslim. Religion and personal beliefs have nothing to do with a person’s love for country,” he pointed out.

The same can be said of the depiction of a Muslim mother tending to her dying child in the film, Mendoza said. “When you experience the death of a child, it’s the same pain,” he added.

Mendoza was TIFF’s jury president last year. He returns to Tokyo, this time as “a filmmaker wanting to see the reaction of an audience. You don’t get to experience that if you’re a jury member. All you do is critique films. This year, I can enjoy seeing other movies, as well as meet people who come here to see my movies. That’s fulfilling for me.”

Mendoza just came from a film festival in Turkey, where he was also jury president. “What’s good about being part of the jury is that it validates your being an artist,” he noted. “It’s a recognition of your talent, but it’s also an honor because you’re representing your own country.”