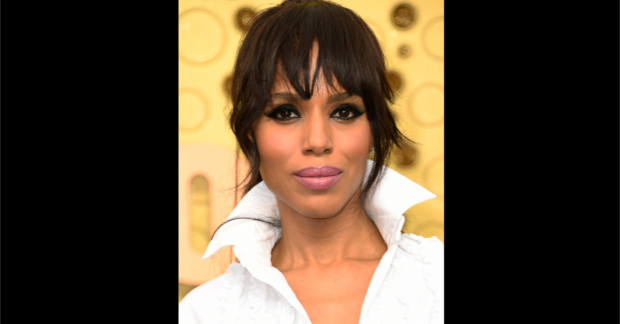 Kerry Washington will be shortly be seen in “American Son” coming to Netflix on Nov. 1, 2019. Image: AFP/ Valerie Macon via AFP Relaxnews

“Scandal” star Kerry Washington will be co-producing a series about the United States legal system for the ABC network, according to a report by Deadline.

The project, entitled “Reasonable Doubt” is still in the early stages of development, and the cast has not yet been announced.

“Reasonable Doubt” will focus on Charlie Stewart, one of Los Angeles’ most intrepid and brilliant defense attorneys. In spite of her sometimes-dubious ethics and offbeat interpretation of the law, Charlie Stewart will fearlessly go head-to-head with the justice system to defend her clients.

The series will be produced by Washington’s Simpson Street Production company, alongside Larry Wilmore’s Wilmore Films and ABC Studios.

The project will reunite Washington with ABC series “Scandal” screenwriter Raamla Mohamed, who will be handling script duties for “Reasonable Doubt”. Celebrity attorney Shawn Holley, who was part of O.J. Simpson’s legal team, will serve as co-executive producer.

“The chance to work with a rising star like Raamla, a shining star like Kerry and a legend like Shawn Holley was simply irresistible!” said Wilmore. “I’m excited and honored.”

The CW orders new episodes of ‘Batwoman’ and ‘Nancy Drew’