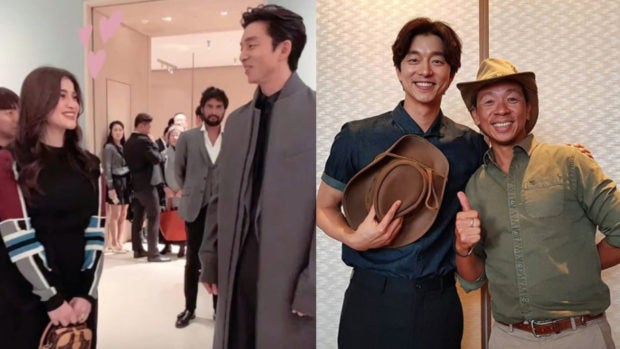 After Anne Curtis met Korean actor Gong Yoo in South Korea, Kim Atienza took to Twitter his hilarious spin on the encounter. Curtis was in the opening of the Maison Louis Vuitton in Seoul when she finally met the star of the K-drama “Goblin”.

Atienza’s supposed likeness to the K-drama star got some netizens thinking. Some could not contain their amusement, citing that they cannot “unsee” the comparison. Others even agreed that Kim Atienza and Gong Yoo do look alike.

“AAAAHHHHH same energy” one @matshaday6 said, posting a photo of Atienza with a fan, side by side with Anne Curtis and Gong Yoo’s photo, yesterday, Oct. 30.

Atienza first got the chance to meet Gong Yoo in 2017.  He interviewed his “kalokalike” (look alike), as seen on his Instagram post last May 5, 2017. The two posed happily next to each other, with matching safari hats. Atienza even tagged Curtis in the post.

Back then, the actress was “officially overly jealous” of Atienza, posting on the same day the souvenir which the host got for her from the interview. It was an autograph from the Korean actor on a press conference I.D.

Curtis is widely known by her fans to be a serious fan of Korean dramas. Cha Lino/JB