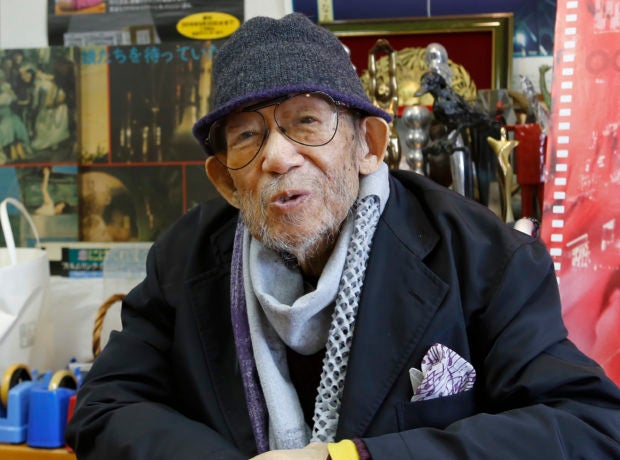 In this Oct. 11, 2019 photo, Japanese director Nobuhiko Obayashi speaks during an interview at his studio in Tokyo. Obayashi has been diagnosed with fatal lung cancer, but his confrontation with death began so long ago it has characterized his entire four decades of filmmaking. Obayashi has stayed true to himself during that whole time, producing more than 40 movies and thousands of TV shows, commercials and other videos, devoted to sending the same message, over and over, to warn the world of the horrors of war. Image: AP/Yuri Kageyama

TOKYO — At 81, Nobuhiko Obayashi has terminal lung cancer, but his confrontation with death began so long ago it has characterized his decades of filmmaking.

Obayashi has stayed true to himself through more than 40 movies and thousands of TV shows, commercials and other video, devoted to warning of the horrors of war.

“I’ve been doing the same thing and never wavered,” Obayashi said at his Tokyo office, appearing frail in a wheelchair but his eyes bright with a mischievous energy. 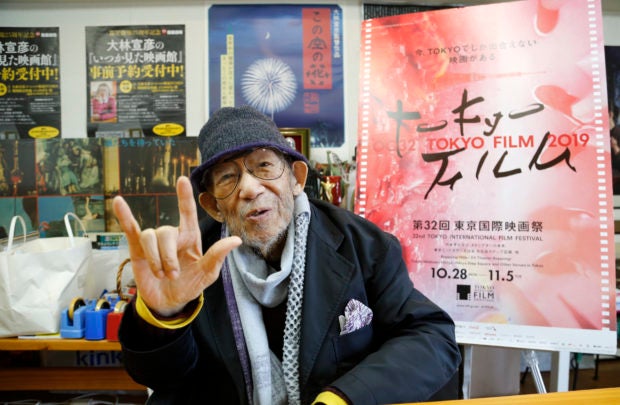 In this Oct. 11, 2019, photo, Japanese director Nobuhiko Obayashi holds up his hand in the sign language of “I love you” to stress that is an important message in his films, during an interview at his studio in Tokyo. Image: AP/Yuri Kageyama

The works reflect that he grew up during World War II, years remembered for Japan’s aggression and atrocities against its neighbors but also a period during which Japanese people suffered hunger, abuse and mass death.

“Someone could push the button any minute,” he added, tapping on his desk as an imaginary switch to set off a nuclear bomb.

His voice, gentle and raspy, reflected his conviction, as he stressed in a recent Associated Press interview how he believed in the power of movies. Movies like his, he says, ask that important question: Where do you stand?

“Movies are not weak,” he said, looking offended at such an idea. “Movies express freedom.”

He has never made a single film to make money, be famous or pander favors, he said, not hiding his pride. 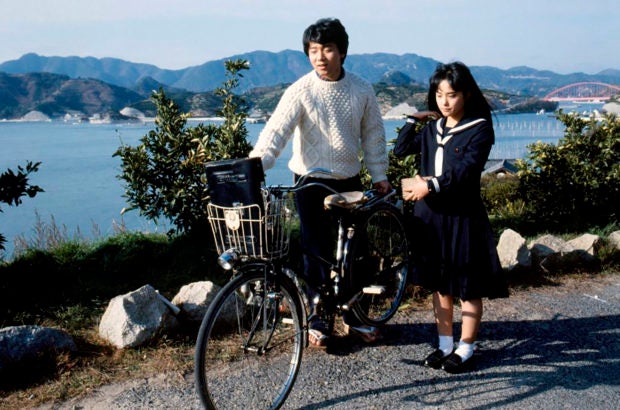 This image provided by 1985 Toho, shows a scene from director Nobuhiko Obayashi’s film “Miss Lonely.” The film was shot in the picturesque seaside town of Onomichi, Hiroshima Prefecture, where Obayashi grew up. Obayashi, who has helped define the legacy of Japanese filmmaking, is being honored at the Tokyo International Film Festival, opening Oct. 28, 2019 and running through Nov. 8. Image: 1985 Toho via AP

Obayashi, who has helped define the legacy of Japanese filmmaking, is being honored at the Tokyo International Film Festival, opening Monday and running through Nov. 5.

“Obayashi has been dubbed a ‘cinematic magician’ for his dreamlike visual expression,” the festival said in a statement.

Among the Obayashi works being screened is his just-completed, three-hour “Labyrinth of Cinema,” characteristically anti-war but also an homage to filmmaking. The main characters — young Japanese men who go to an old movie theater but increasingly get sucked into crises — have names emulating cinematic giants, Francois Truffaut, Mario Bava and Don Seigel.

Also being shown is 1985’s “Miss Lonely”, shot in seaside Onomichi, the picturesque town in Hiroshima prefecture where Obayashi grew up. Onomichi is also the site of Yasujiro Ozu’s classic “Tokyo Story”. 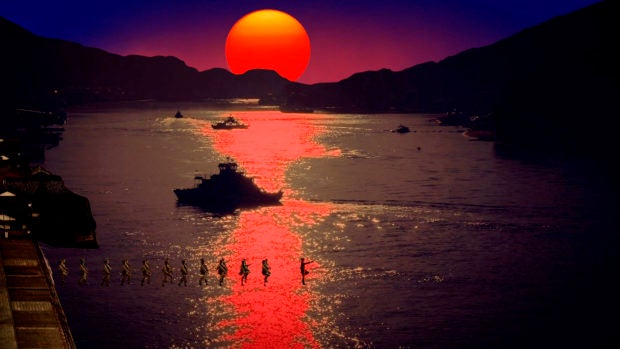 Obayashi showed an interest in films from childhood and made animation clips by hand.

His pacifism was reinforced early by his father, who was an army doctor. His father used to say doctors can save not only their fellow countrymen but enemy lives as well, Obayashi recalled. When Obayashi decided to be a filmmaker, his father gave him an 8-millimeter camera.

Obayashi believes the masterpieces that propelled Akira Kurosawa to stardom like “Seven Samurai” and “Yojimbo” were overly commercial, while his late-career works of slum-set “Dodeskaden” and “Rhapsody in August,” about the suffering caused by the Nagasaki atomic bombing, were true Kurosawa films.

Obayashi recalled that Kurosawa, whom he lovingly called “Kuro-san,” was aware of such points, and had remarked how Obayashi made from-the-heart films.

Unlike many Hollywood movies, Obayashi’s works lack an obvious plot of a hero fighting a villain. Like many Japanese films, they don’t rely on an action-packed plot that drives toward a climactic resolution.

Instead, his movies appear to start from nowhere and end, then start up again, weaving in and out of scenes, often traveling in time as well.

When asked if war is the villain for mankind, Obayashi looks as if he thinks he has been asked a dumb question.

For him, what people throughout history have faced is complex. A soldier may be killed but he may also kill, he said.

Obayashi is working on his next film. He acknowledged it might take time, given his health.

To demonstrate his lifetime goal for his filmmaking, he showed his hand, three fingers held up in the sign language of “I love you.”

“Let’s value freedom with all our might. Let’s have no lies,” said Obayashi. IB/JB