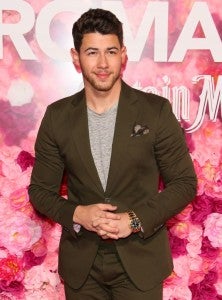 Notebook-swapping holiday romance “Dash & Lily’s Book of Dares” is to become a four-hour, eight-episode series from Netflix launching in 2020.

Nick Jonas, of the Jonas Brothers, a successful solo singing career, and box office blockbuster “Jumanji: Welcome to the Jungle,” is producing alongside “Stranger Things” exec and “Night at the Museum” franchise director Shawn Levy.

They got Joe Tracz, who wrote for Netflix’s “A Series of Unfortunate Events”, to write, direct and run the show.

Written by Rachel Cohn and David Levithan (of another book to screen conversion, “Nick & Norah’s Infinite Playlist”), “Dash & Lily’s Book of Dares” was first published in 2010 and follows a blossoming Holiday season romance between the titular 16-year-old couple.

Dash finds himself home alone after his divorced parents both go on vacation with their new partners, while Lily is supposed to be in the care of her older brother who initially could not care less and is then taken ill; when Dash finds Lily’s notebook in a bookstore’s shelves, he tracks down the owner and returns it with a few extra notes of his own.

Should the Netflix show prove a success, there’s the possibility of a ready-made second season waiting in the wings, as Cohn and Levithan followed up in 2016 with “The Twelve Days of Dash & Lily”. IB/JB

‘Spirited Away,’ other Studio Ghibli films head to HBO Max