Marjorie Barretto shares side on scuffle at dad’s wake 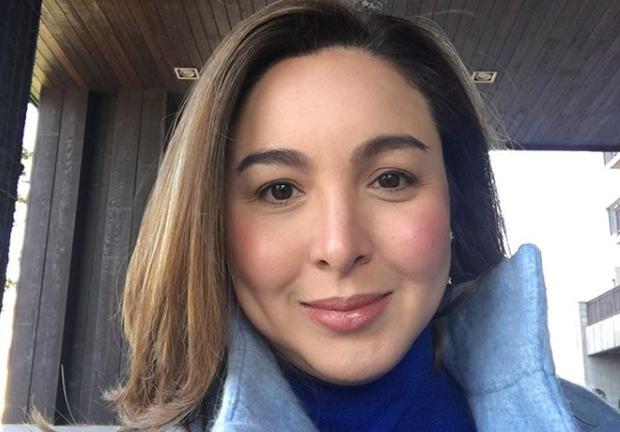 MANILA, Philippines — Marjorie Barretto broke her silence on Tuesday on spoke about the scuffle that happened between her and her sisters last Oct. 16 at the wake of their father, Miguel Barretto.

Marjorie answered all the accusations by her older sister Gretchen regarding the scuffle, which was followed by the siblings feuding over social media.

In an interview aired Tuesday over ABS-CBN’s “TV Patrol,” Marjorie clarified the relationship between businessman Charlie “Atong” and her niece Nicole and sister Gretchen.

[Atong Ang used to be the boyfriend of our niece Nicole. Five years, almost five years. From what I know, my personal knowledge, they broke up because Gretchen allegedly stole Atong Ang from Nicole.]

This claim, however, was earlier denied by Ang after he reportedly said Gretchen and long-time partner Tonyboy Cojuangco were his business partners, while Nicole was his former employee.

Marjorie said Nicole received messages from Ang’s family saying she should leave because Gretchen would be arriving at the wake with the businessman.

[Nicole and Atong Ang’s child were able to talk and she was advised to leave with her siblings because Gretchen and Atong will be coming. Nicole cried because it seemed like there was injustice. She’s a grandchild, she had more right in the wake.]

President Rodrigo Duterte then arrived at the wake, Marjorie recalled, and had moments with their matriarch and said a prayer for their father.

“Dumating ang Pangulo, he had his moments with my mom and prayer for my father. And on cue ni Claudine, dumadating si Gretchen at si Atong,” Marjorie said, referring to their youngest sister Claudine. “But Atong stayed in the end. Gretchen was there, apologizing to my mother, crying. We were on the side.”

(The President arrived and he had moments with my mom and prayer for my father. And with Claudine’s cue, Gretchen arrived with Atong, but he stayed in the end. Gretchen was there, apologizing to my mother, crying. We were on the side.)

Marjorie admitted she was irritated, but it was because of Ang sending her niece Nicole out of the wake.

[They were claiming I was angry. It wasn’t only me. It was my family who was offended by Atong sending our nieces and nephews out of the wake of our father. That’s the tension.]

Marjorie confirmed that the President tried to make them reconcile, as initial reports indicated, but she refused his request.

“I respect you, Mr. President, I love you, I voted for you, sir. Pasensya na po hindi ko kayo mapagbibigyan,” Marjorie recalled telling the President.

[I respect you, Mr. President, I love you, I voted for you, sir. But I’m sorry, I can’t grant your request.]

“Claudine says: ‘You’re unbelievable!’” Marjorie recounted. “Diyan nagstart yung bastusan actually. Hindi ko alam what to make out of that. And then she followed with ‘How dare you! You want the attention!’”

Marjorie said the scuffle was between Nicole and Gretchen after the latter tried to grab her: “Nakita ko sa kanan ko, Nicole carried Gretchen. Nilipat siya. Nilayo sa akin. Because, according to Nicole at mga tao doon, she was also going to follow to make me hablot. Iyon ang kaguluhan nila doon.”

[I saw on my right side, Nicole carried Gretchen and led her away from me. According to Nicole and the other people there, she was also going to grab me. That’s how the altercation happened.]

Marjorie also denied Gretchen’s accusation that she had a nervous breakdown, saying the latter beat up her niece Nicole.

“Si Gretchen ang nag-nervous breakdown. She ran after Nicole, pulled Nicole’s hair, kicked Nicole. She beat up my niece. I wasn’t the one who had a nervous breakdown,” Marjorie said.

In an earlier statement, Gretchen earlier said: “It was all so nice until Marjorie had a nervous breakdown.”

The Barretto patriarch died last Oct. 15 at the age of 82.

Gretchen hits back at Marjorie, reveals video of fight at dad’s wake