Marjorie Barretto: ‘Gretchen does not care about the family at all’ 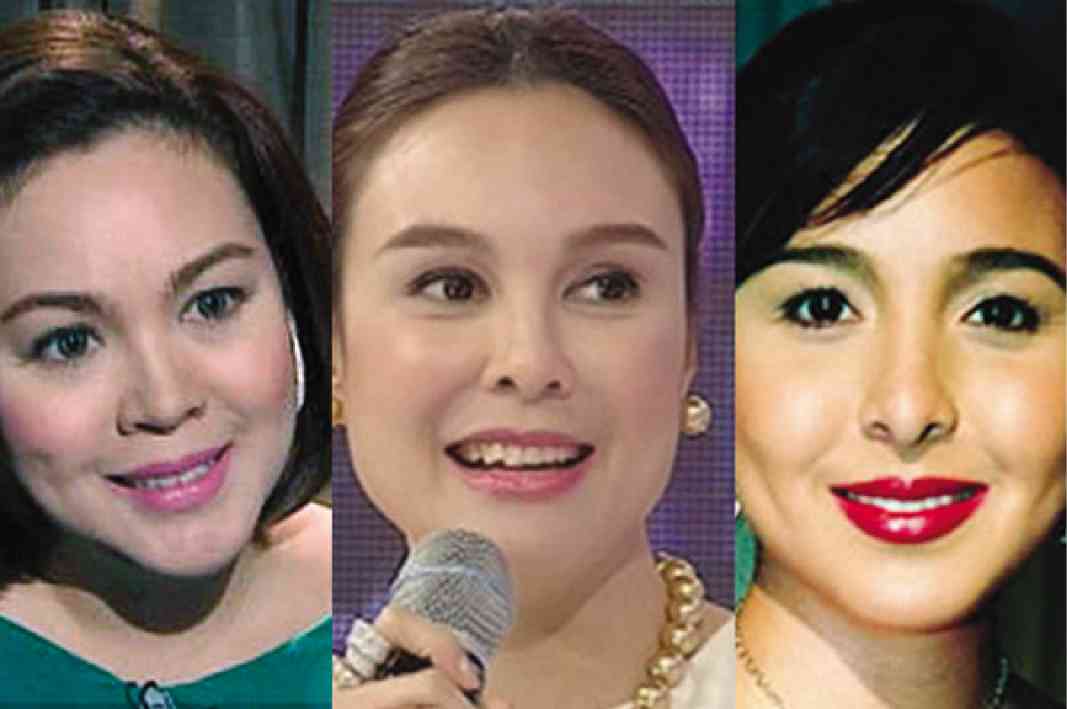 MANILA, Philippines — “It goes to show that Gretchen does not care about the family at all.”

This was Marjorie Barretto’s response to her older sister Gretchen who alleged she was the reason for her father’ “attack,” which eventually led to his death.

“It goes to show that Gretchen does not care about the family at all. My father died of acute respiratory failure. He did not have a heart attack,” Marjorie clarified in an interview aired on Tuesday over ABS-CBN’s “TV Patrol.”

Marjorie said it was during their father’s birthday celebration when they brought him to the hospital due to “violent chills.”

“The day that I gave him a birthday lunch in his house, that was the day we rushed him to the hospital because of violent chills. Chills, hindi po heart attack, Gretchen. Dapat alam din ni Claudine to, but obviously, hindi,” Marjorie said.

[“The day that I gave him a birthday lunch in his house, that was the day we rushed him to the hospital because of violent chills. Chills, not a heart attack, Gretchen. Claudine should have known this, but obviously, she doesn’t.]

“Violent chills. Yun pala may sepsis na yung father ko. Severe pneumonia, high fever and all of that. So he did not die of an attack,” she added.

[Violent chills. It turns out my father already had sepsis. Severe pneumonia, high fever and all of that. So he did not die of an attack.]

Gretchen earlier claimed that it was Marjorie who triggered their late father’s attack because she did not even invite their mother to the gathering.

But Marjorie shot back at Gretchen, saying it was her who did not invite their mother.

“Gretchen, stop diverting. My mom is always invited. Why wouldn’t she be invited? She is my mother, and she is the wife of my father, and we are in good terms. If I did not want my mother in the birthday celebration of my father, I wouldn’t have done it in my house,” Marjorie said.

“My dad claimed to us that my mom was ill that day. That’s why she was not able to join us, which is not unusual. There are birthdays that she really doesn’t go because she’s ill. My mom is 82 years old,” she continued.

Marjorie then mentioned that Gretchen had been estranged from their parents.

“Now when we talk about her painting me as a bad daughter, I will put my foot down,” Marjorie said. “I am a good daughter. I am present every Sunday, every family event, I throw their parties. I serve them. I visit my family.”

“Speaking of not inviting your mother to your house, Gretchen, for more than 25 years, has never invited my parents to her house, any of her mansions and rest houses, not even to their garage. So don’t paint me as the bad daughter, Gretchen,” she added.

Meanwhile, Gretchen took to Instagram to respond to Marjorie’s statement that she did not visit their father while he was confined at the hospital.

“I was not allowed to go to the hospital because of your outbursts & because there will be more tension for me to see EX MAYOR ECHIVERRI,” Gretchen wrote, referring to the Enrico Echiverri, former Caloocan mayor and later House representative.

Marjorie admitted in the same ABS-CBN interview that Echiverri is the father of her youngest daughter, Erich.

I was not allowed to go to the hospital because of your outbursts & because there will be more tension for me to see EX MAYOR ECHIVERRI ( who claudine will file a molestation case against right after the 40 th day . The attack of your father , as you say happened ( as told to me by our mother is because you ARRANGED a lunch party for dad to spite mom for being on claudine side( you did not invite mom & that caused a huge dispute between our parents & the rest is history. Lets stick to each point so people will better understand THE TRUTH) fyi/ RELAX YOU ARE RADIATING Much ANGER & ENVY & HIGHLY PARANOID. ( I DO NOT HAVE THE POWER TO ORCHESTRATE A GRAND ENTRANCE WITH THE PRESIDENT OF THE PHILIPPINES 🇵🇭 PRRD WAS KIND ENOUGH TO OFFER TO SEE ME AT THE WAKE & Only then , i was hoping you COULD CONTROL YOUR ANGER & overwhelming FEAR OF THE TRUTH.

The Barretto sisters had a scuffle during their father’s wake last Oct. 16, which then continued as a feud on a social media.