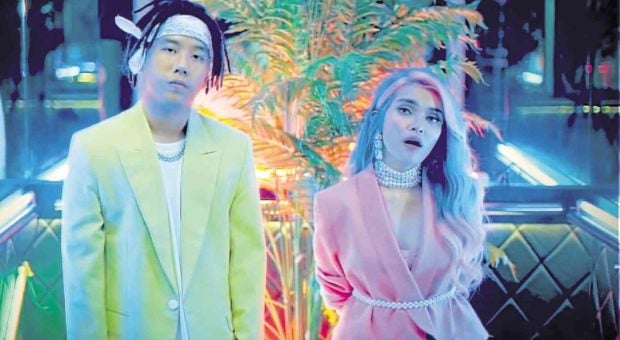 There’s something about its feel-good thematic optimism, gorgeously brought to life by the neon haze of its dreamy music video, that makes it even more distinctive as it tells the story of a woman who’s at the tail end of nursing a debilitating heartbreak.

If you’re looking for music to help you get over a particularly hurtful breakup, this is the OPM to stream on a loop.

In the Gabriel Tagadtad-penned, Jonathan Manalo-produced song-and-rap ditty, KZ essays the journey of a woman scorned, weeks after she accepts the demise of her failed romance with finality.

Other than the sultry allure of KZ’s idiosyncratic runs, giving the song a more radio-ready vibe is hip-hop star Shanti Dope rapping the remorseful guy’s perspective as he pleads for a second chance.

The romantic upheaval comes after she gets wind of the source of her two-timing squeeze’s annoying distraction: At nalaman ko/ Nadulas ang barkada mo/ May pinupuntahan ka raw sa may Baclaran.

Empowered by the idea of a less miserable future, she plucks up the courage to put her duplicitous man in his place.

Now that’s a woman after our own heart!