Geo Ong raps about realities people are too afraid to confront 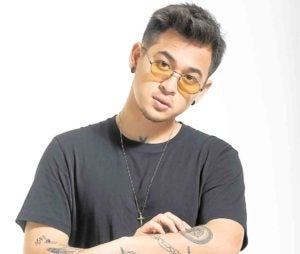 As a young hip-hop artist, Geo Ong isn’t content with creating songs that are meant merely for “sound tripping” or setting the mood—he wants his music to leave a lasting impact on the listeners.

“When I write songs, I make sure that the audience will also benefit from my work; that there’s an added value to it. It shouldn’t be just about me profiting off the song or being more popular. It should go both ways. I want them to be inspired by my work,” he told reporters at a press conference.

The 22-year-old rapper, who described his verses and writing style as “no frills” and “direct to the point,” utilizes his music to touch on various issues he feels strongly about.

In “Breadwinner,” he talks about the struggles of a worker whose efforts go unnoticed by his ungrateful family. “Kasalukuyan,” his breakthrough hit, rags on young people jeopardizing their future because of selfishness and misplaced priorities; “Parokyana”—about sex and the toxicity of social media—is his most streamed song thus far, with two million on Spotify and 21 million on YouTube.

Geo’s newest release, “Pekeng Kaibigan,” meanwhile, takes shot at traitorous and user-friendly people. Its steamy music video amassed a million views two days after its released and peaked at No. 1.

“I want to rap about the realities some people are too afraid to confront; things they don’t want to hear or things they turn a blind eye on,” he said. “I want my music to help them deal with the situations they’re in, and encourage people not to give up.”

Geo, who cited the American rapper-producer Hopsin as his influence, writes all his songs.

“My compositions are based mostly on my own experiences. I also observe the things family and friends go through and try to know their stories,” he said.

Hailing from Puerto Princesa, Palawan, Geo tried his luck in Manila, where he initially grew impatient and frustrated by his lack of progress. He was also part of a dance group which, according to Geo, looked down on his love for hip-hop. But he marched on. Before long, his songs and videos began racking up millions of views.

“They found it baduy and jologs. I left the group and pursued hip-hop,” pointed out Geo, who’s currently working on a 12-track album.

“You only have one life—do what you want,” Geo said. “As long as you’re not stepping on anyone’s toes, don’t let doubts and fears stop you.”