Sharon and Regine in the eyes of Kiko and Ogie 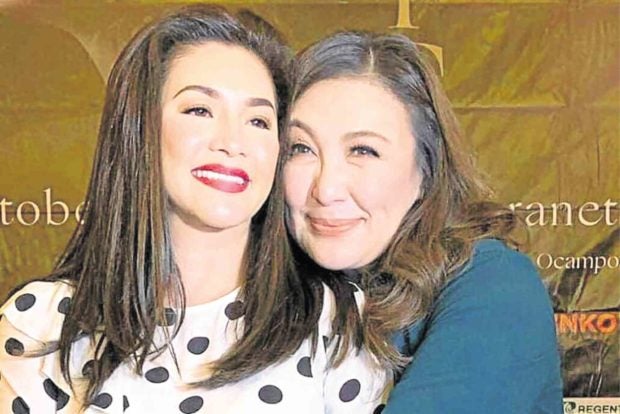 To say that Regine Velasquez and Sharon Cuneta are iconic is an understatement. Their first-ever concert together, “Iconic,” is a major coup. It’s happening on Oct. 18 and 19, 8 p.m. at the Big Dome (call Ticketnet at 8911-5555).

The hit songs of Asia’s Songbird and the Megastar are part of every Pinoy’s soundtrack. OPM would be half-empty without their songs. Long before the Spotify and YouTube sensations, Reg and Shawie were already dominating the airwaves. They ought to give a crash course on “staying power.”

For a different spin, I am featuring their cool hubbies, Ogie Alcasid and Kiko Pangilinan, who are the wind beneath Reg’s and Shawie’s wings. They remain beside and behind their superstar wives every lyric and melody of the way.

What makes Regine/Sharon iconic as a wife and mom?

O: Regine is iconic as a mom and wife because she plays both roles with so much passion. I would not be secure as a husband if it weren’t for her, and our son would not be as loving as he is if not for Regine’s nurturing ways.

K: Despite her professional success spanning many decades and her own human frailties, deep down inside, she values most her faith in God and her enduring commitment and dedication to family.

What Regine/Sharon song is closest to your heart and why?

O: “Kailangan Ko’y Ikaw” is the one closest to my heart. She asked me to write that for her film, and it sums up how I feel about her.

K: There are two songs, actually. One is an OPM tune, “Ikaw,” and the other is “I’ll Never Say Goodbye,” from the soundtrack of the 1979 movie, “The Promise.” “Ikaw” is a classic and a favorite love song. The words and music are timeless. She always dedicates the song to me in her concerts and TV appearances. 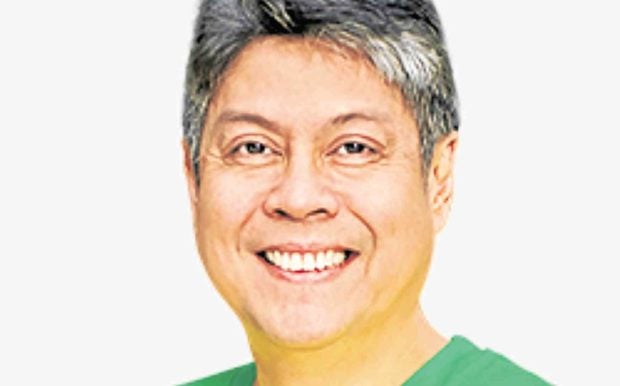 The theme from “The Promise” actually has a special place in both our hearts because in one of her concerts in the ‘90s, she said to her audience that if she’s asked to sing only one song, it would be “I’ll Never Say Goodbye.” By sheer coincidence (as I do not really play any musical instrument, except for the piano), the only song I can play in the piano from beginning to end is that same song. Must be destiny (laughs)!

What are Regine’s/Sharon’s cheap thrills and quirks?

O: She loves kwek-kwek and lots of fruits. Arroz caldo is her comfort food. Lately, she is “mandidirihin.”

K: Takeout food! Watching our favorite miniseries together (“Game of Thrones,” “Breaking Bad,” the “Monty Don” farming videos, “Code Black” and “West Wing,” among others). Spending quiet and restful time in the farm with the kids during the cool and windy months.

What don’t too many people know about Regine/ Sharon?

O: She sometimes sleeps na naka-“de kwatro” and wears a sweater to bed. She prefers doing her own makeup.

K: She loves fried galunggong, patis and bagoong with kamatis. I think almost everyone knows she loves lechon.

What’s the craziest thing you’ve done as a couple? 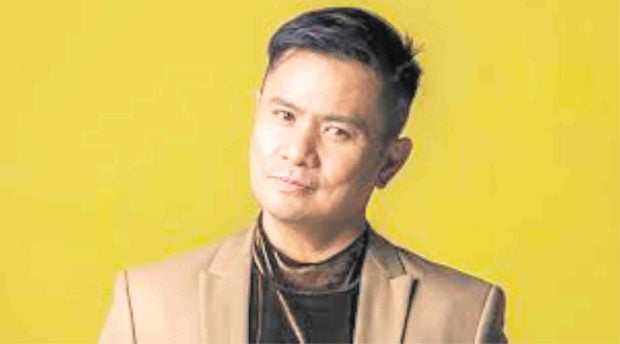 K: Crazy? Hmm. Truth is, we are actually very boring people in real life and at home (laughs). That’s maybe because there’s already more than enough craziness and uncertainty in our respective professions/careers that we would prefer the quiet and the predictable at home.

What’s the best and most challenging part of being the husband of Regine/Sharon?

O: The best part of it is that she treats me as her husband. The most challenging would be to keep up with her high voice (laughs).

K: Everything. One has to learn to take the good with the bad. All couples have their share of challenges and trials in their marriage and family life. I have said this before, that I would never trade being a husband and father for anything in the world. So, what is the best thing? Everything!

Challenges? Balancing both work and family life. But it’s the same for all husbands I suppose, except that in our case, we are very public figures. It is always a never-ending process of spending time, of making real and sincere effort at staying connected, of making up for lost time. But that is how it ought to be if family life is to be meaningful and special.
* * *

PERSONAL: Thanks from the bottom of my happy heart to my adoptive family in Macau, John, Rose, Stefi and Jebi Aquino, Doris and Lola Virgie Generao, and Jaezel Cruz for another unforgettable vacay in their lovely SheraTong home. I cannot love them enough.