Barbie not yet ready for daring roles 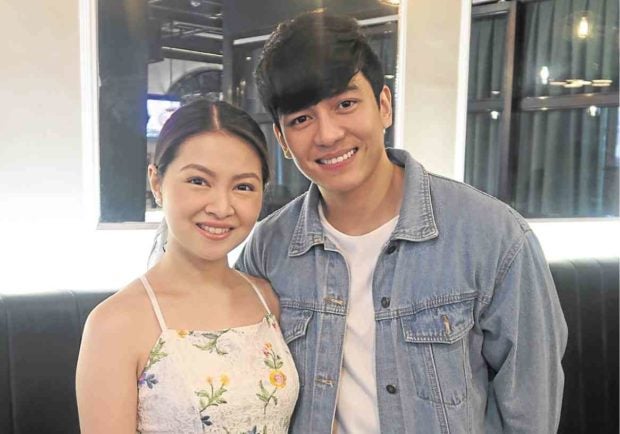 One of the things Barbie Forteza finds endearing about her boyfriend, Jak Roberto, is his consistent effort and thoughtfulness: They are in a relationship for two years now, she said, but he treats her as if he’s still trying to woo her.

“They say that men always put their best foot forward during the courtship stage—they will give it their all and make sure they also win your parents over. But to this day, Jak is still the same—getting better and better even,” Barbie told reporters at a recent pocket interview for “Wait Lang… Is This Love,” the second instalment of the GMA 7 drama anthology, “Wagas.”

She also described Jak as a “natural gentleman.” “He’s effortless about that aspect; it’s never forced. He doesn’t try to be a gentleman simply out of courtesy,” she said. “And many times, he ends up doing lots of nice things for me without even realizing it.”

“Wait Lang,” which airs weekday mornings, is the couple’s second straight series together after “Kara Mia.” Barbie plays Yummy, a 21-year-old who has never had a boyfriend, because of her two overprotective, “man-hating” aunts who took her in after her mother died.

She works at their family’s eatery called “Walang Kapares,” which is frequented by her childhood sweetheart and “puppy love,” Eugene (Jak).

But as much as they want to spend time with each other as often as possible, the actress admitted that she had initial misgivings and found herself wondering whether or not working together would affect their relationship.

“Will it be an advantage for us? Will we get on each other’s nerves? If there’s any misunderstanding, will it be hard to hide that? Luckily, so far, I can say that it’s an advantage,” Barbie said. “There’s someone who takes care of you. There’s no awkwardness, which allows us to do what we want to do in our scenes.”

But most importantly, professionalism is of utmost importance on the set. “Work is work,” Barbie stressed. “We know when to give each other space. Jak usually wants to be left alone when preparing for his scenes, especially when they’re heavy.”

And they both agree that public displays of affection are a no-no. “When we have free time together, we don’t feel the need to show the world how sweet we are,” she said, adding that she would rather rest than fool around during a hectic shooting day.

“If we have to shoot 39 sequences in a day, about 37 of those involve me. At kesa naman humarot pa ako, itutulog ko na lang, ‘di ba?” she said, laughing. “And Jak understands that. He just does his own thing, edits his vlogs when I’m asleep.”

In the future, Barbie said she would like to work with Jak in a heavy drama that would challenge them. Not to say, however, that what they have been doing is easy.

“There’s no such thing as an easy job. Every genre has its own set of challenges,” stressed the award-winning actress. “Jak has improved a lot since the first time I worked with him. He’s more comfortable in front of the cameras now. He’s also generous with his emotions as an actor.”

While some of Barbie’s contemporaries have started dabbling in more “daring” roles, the 22-year-old Kapuso talent is still unsure if that would be the right move for her.

“There’s no pressure on me to accept such offers because my followers are still satisfied with the kind of work I do,” she said. “That (showing some skin) would be a big leap for me. It’s something I have to discuss with my parents. There’s a right time for everything.”