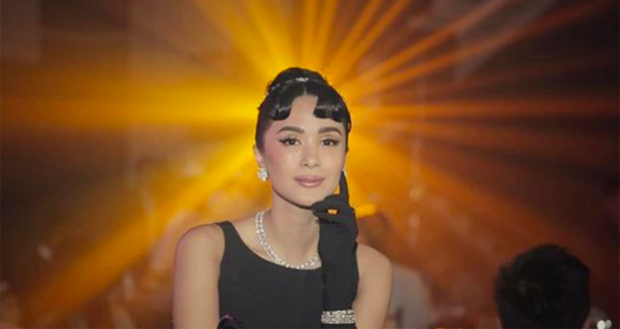 Evangelista donned the classic sunglasses, earrings, black dress and gloves of Holly Golightly, Hepburn’s character in the 1961 film “Breakfast At Tiffany’s”. She completed the look with the hairstyle and silver accessories similar to Hepburn’s in the film, as seen in her Instagram post on Friday, Oct. 11.

View this post on Instagram
FEATURED STORIES
ENTERTAINMENT
Ria Atayde on claim that Arjo was ‘friendzoned’ by Maine Mendoza: ‘Hala, epal’
ENTERTAINMENT
Pokwang on being crowned Miss Universe 2001 by Wikipedia: ‘Tawang tawa ako’
ENTERTAINMENT
Piolo Pascual on Sagada trip: It had nothing to do with gov’t

“All about Audrey,” Evangelista said.

Following the celebration’s throwback theme, Escudero sported a black leather jacket on top of a white shirt and blue jeans, reminiscent of the style in the 1950s.

Evangelista and Escudero have been married since February 2015. JB

Chiz Escudero on how he handled Heart Evangelista’s miscarriage: ‘I didn’t dwell’