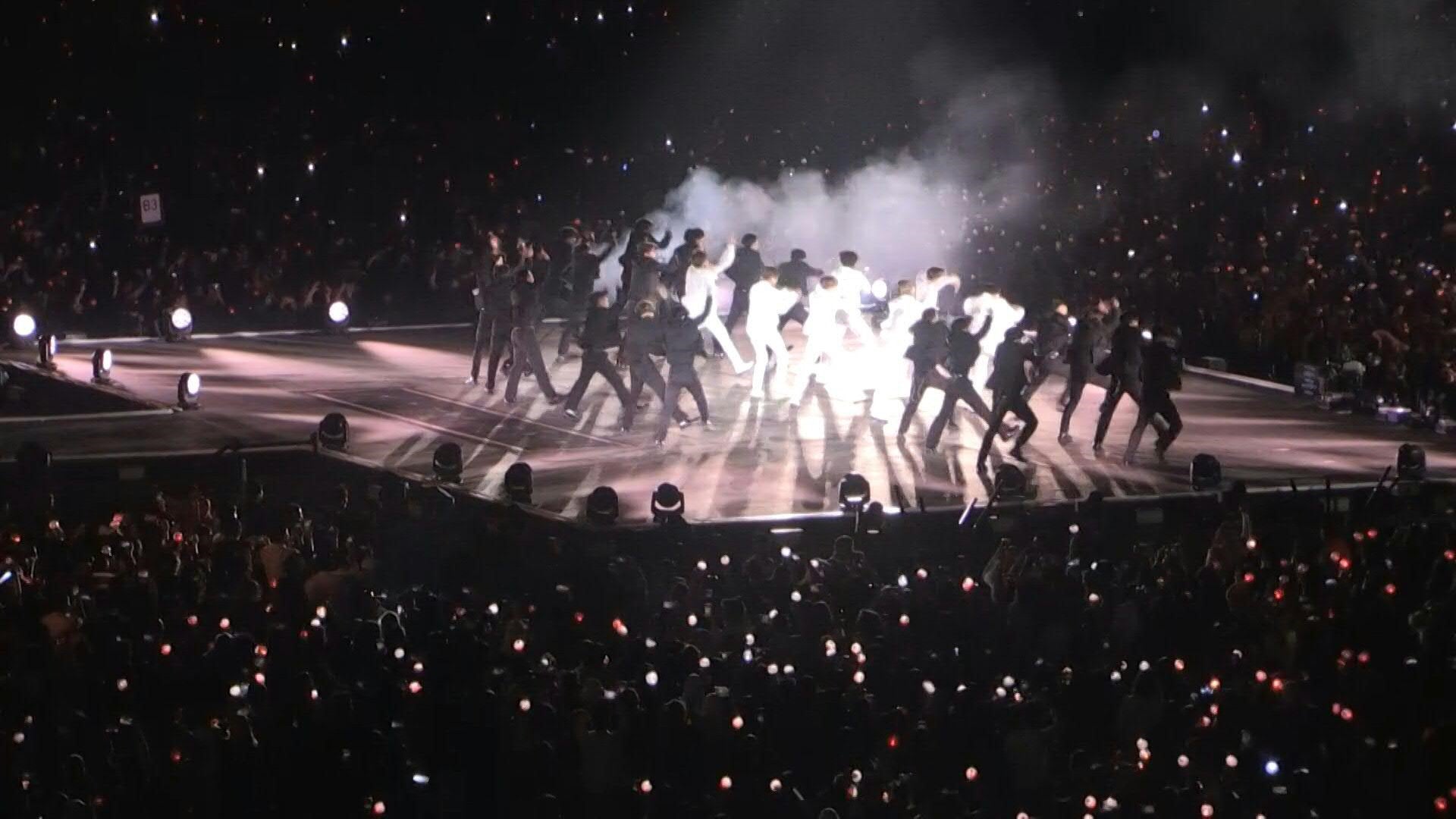 RIYADH — The strong religious culture in Saudi Arabia couldn’t stop abaya-covered fans from springing up in their seats to dance as K-pop superband BTS performed its latest mega hit, “Boy With Luv,” in the country’s capital, Riyadh, Friday evening.

Religious restraints and Islamic doctrine melted away as the K-pop septet took the stage of Riyadh’s King Fahd International Stadium and opened up its nearly three-hour concert to a rapt audience.

It was a historic moment that marked the first-ever stadium concert by non-Arab artists in Saudi Arabia, reportedly arranged as a symbolic moderation gesture by the Arab kingdom.

BTS kicked off the 30,000-seat concert with its powerful hip-hop number “Dionysus.” Clad in abaya cloaks and niqab masks, the 30,000-member audience sprang to their feet in unison, holding up BTS ARMY purple light sticks. ARMY is the name of BTS’ famously enthusiastic fandom.

In the sweltering heat, the seven BTS members began to sweat heavily after the first two songs. But the climate mattered little as BTS entertained their Saudi Arabian ARMY with a medley of its globally celebrated K-pop numbers.    The audience sang along with the Korean words of “Fire,” “Idol” and “Fake Love” and called out the names of the BTS members.

The excitement at the concert was no less than that seen at European and Asian BTS concerts.    It was a symbolic moment in the ongoing liberalization process in Saudi Arabia where public dancing and women’s admission to soccer stadiums were prohibited as recently as two years ago.

The BTS members spoke to the rapt audience with Arabic and English expressions.

BTS leader RM said, “Today is a festival for the Armies who have been waiting for a long time,” referring to the band’s first performance in the country.

Some of the members also staged solo performances, including youngest member Jungkok, whose aerial performance of “Euphoria” — with the help of a wire — brought the show to its climax.

A birthday celebration song also hit the stage in Arabic as BTS and fans jointly celebrated the upcoming birthday on Sunday of member Jimin in the show’s encore.

“It is my first time in Saudi Arabia and I was very surprised to see you enjoy yourself so much. Can I come back?” member Suga asked the audience.

V also voiced his wish to come back, saying, “I really want to come back here … we should see again.”

Twenty-six-year-old Saudi Arabian fan Alma was one of the 30,000 elated fans in the stadium.

“There’s a wide fan base for Korea (as well) in Saudi Arabia. I know what’s going on in Korea although I live here.”

The Saudi Arabian concert is the final overseas stop of BTS’ “Love Yourself: Speak Yourself” world tour, under which the septet have performed in major American cities, as well as in London, Paris and Japan.

It also marks BTS’ return to the stage following their unprecedented five-week break in August and September.