Chiz Escudero on how he handled Heart Evangelista’s miscarriage: ‘I didn’t dwell’

Chiz Escudero opened up about how he coped with the miscarriage suffered by his wife, Heart Evangelista.

Evangelista was pregnant with twins in May 2018, but lost both of them in the same year. They lost one child in the same month, a few days after announcing her pregnancy. She revealed the loss of her other baby in June of the same year. 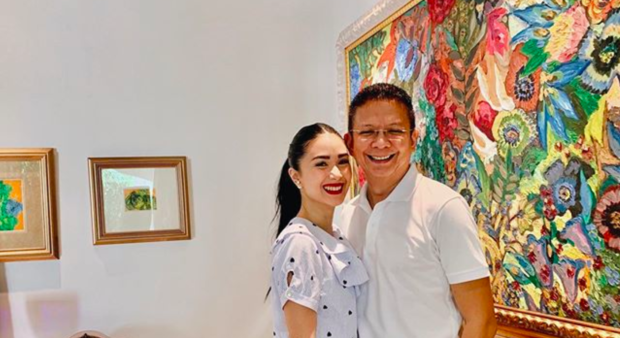 “I didn’t indulge. I didn’t dwell,” the politician said on how he took the miscarrage in his wife’s vlog on YouTube last Sunday, Aug. 11.

He stressed that it is important for a couple not to grieve at the same time when going through tough times.

“We can’t actually be both crying on each other’s shoulders trying to console each other.”

He added that while one is grieving, the other must console the partner.

“Huwag lang sabay and that’s how we were able to overcome it,” Chiz explained.

Escudero then mentioned that he did not seem affected during that unfortunate moment in their life together.

(I saw you crying. You thought I was asleep but when I went downstairs, your eyes were bloodshot.)

The actress also took the time to express her gratitude to her husband for how he handled the tragedy.

Escudero and Evangelista tied the knot in a grand Balesin wedding in 2015.  /ra