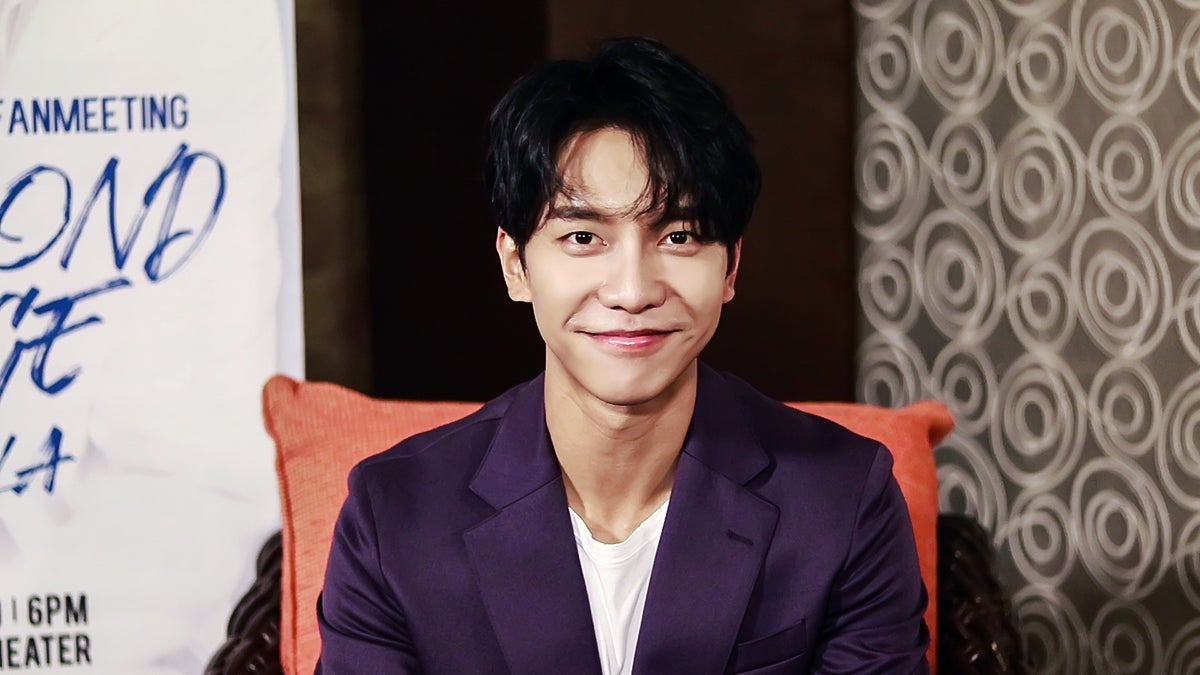 MANILA, Philippines — “What do you recommend I bring home from the Philippines?” Korean Triple Threat Entertainer Lee Seung-gi asks the media. MJ Felipe of ABS-CBN recommended a jeepney. The actor continued to ask what a jeepney is.

When it was likened into a car or vehicle, Seung-gi broke into a smile.

“I can’t take a car back to Korea,” he answered. We laughed. When he was told that there’s a toy version of the iconic Philippine vehicle, he said that he will remember that.

The actor is in Manila for his very first fan meet in the country. “Vagabond Voyage in Manila” is happening later at 6 p.m., at the New Frontier Theater, Cubao. The event is organized by ABS-CBN events and CDM Entertainment. When Super K interviewed him in Seoul, he said that he was looking forward to meeting his Filipino fans and find out what they think about his newest drama.

Seung-gi became famous locally because of his drama “My Girlfriend is a Gumiho.” He starred in “Korean Odyssey” right after serving the military as a Special Force. His ongoing Netflix Original “Vagabond” enjoys the highest ratings for its timeslot in South Korea.

He was included in Forbes Korea Celebrity Power list for four years. He received several awards as a singer, actor and host. His awards include numerous Bonsangs which meant he sold a lot of albums and a Daesang for “All the Butlers” which meant he won an equivalent of Artist of the Year.

So does these achievements get into his head? It does not seem so. He said that while it’s a great honor to be on the list and receive awards, he does not define success through it.
“As an entertainer and a celebrity, success isn’t really in the awards. Success is being able to choose a project that I can fall in love with,” he said.

The actor is a known workaholic. He often juggles several projects at the same time. Case in point, he has four variety shows that is ongoing or waiting to be launched anytime soon. They are “All the Butlers,” “Little Forest,” “Busted” and “Twogether.” With all these projects, Super K wondered if he ever gets tired.

“It’s 100 percent willpower. I get tired and exhausted, but I’m the type who wants to put everything I have in a project. So it’s willpower and the desire to give my best that pushes me through.

He has plans to come up with a new album, but the details are still under wraps. He said that it’s still in the planning stage. Super K asked what song would he like to dedicate for his fans. He said that if he could make a song for his fans, it would be a song telling how he is and how grateful he is of them.

“Hopefully, a smart, professional character will come my way soon,” he said when asked what role does he want to play next time. Looking through his filmography, he does have a point. Seung-gi has played a monkey god, prince, student, stunt man and detective, but these characters are all a little impulsive.

Because he is someone who likes to compete with comedian Yang Se-hyeong in cooking, we had to ask if he thinks he’s a good cook. The corners of his mouth tilted slightly upwards.

“Not bad,” he answered in English.

He continued that he likes eating all kinds of dishes, but he receives a lot of compliments when makes the spicy rice cake, tteokbokki.

Super K also wanted to know how he keeps himself in shape.

“I think I am still young. But unlike in my 20s, when I felt like I had an unlimited source of energy, I am now in my 30s. I have to take care of my body. I’ve been doing a lot of yoga and fitness to have reserve energy to back me up,” he said.

Probably the most important question that Super K asked and wanted to hear the answer to was: Who takes care of his equally famous and very, very spoiled Shiba Inu, Perro, whenever he’s abroad?

“Perro is currently in training camp. Because Perro’s came from an energetic breed, he has to be trained properly and always to be outdoors so he could socialize with other people,” Seung-gi answered.

Fans can vote for Lee Seung-gi as the best actor in the first Super K awards. Make sure to grab a copy of the Inquirer Sunday. /jpv

PH to review ban on travel to HK

SC should have final say on VFA – Lacson