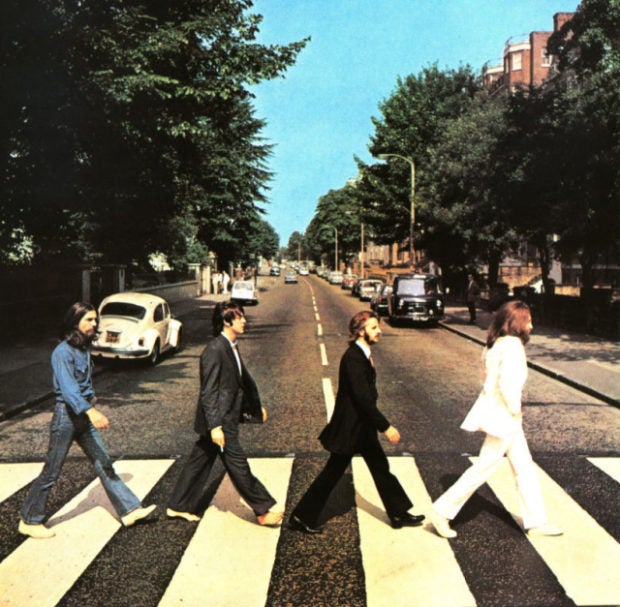 Half a century after its first release, Beatles album “Abbey Road” is back at number one in Britain. Image: All Rights Reserved

Classic Beatles album “Abbey Road” is back at number one in Britain half a century after its first release, with the band breaking their own record for the longest gap between stints at the top of the charts.

The band’s final studio album with its instantly recognizable zebra-crossing cover came out in September 1969, six days after John Lennon told his bandmates he was leaving the group.

It was the U.K.’s best-selling album for 17 weeks, and on Friday a special 50th-anniversary edition featuring unheard material took the top spot once again.

“It’s hard to believe that Abbey Road still holds up after all these years. But then again it’s a bloody cool album,” tweeted band member Paul McCartney.

With 49 years and 252 days since its last reign, the album has had the longest gap between U.K. number ones—a record previously held by the Fab Four’s “Sgt. Pepper’s Lonely Hearts Club Band”.

Two years ago a 50th-anniversary edition of “Sgt. Pepper”, which Rolling Stone magazine has named the greatest album of all time, topped the charts again after 49 years and 125 days.

Last month, hundreds of Beatles fans mobbed the street outside Abbey Road Studios in northwest London to celebrate five decades since the band was snapped at the pedestrian crossing there.

The photograph of Lennon leading Ringo Starr, McCartney and George Harrison over the road in single file became an all-time classic when it appeared on the “Abbey Road” sleeve, which unusually did not feature the name of the band or the record.

The album, which features songs including “Come Together” and “Here Comes the Sun”, was also the week’s best-selling vinyl, shifting around 9,000 physical copies. NVG