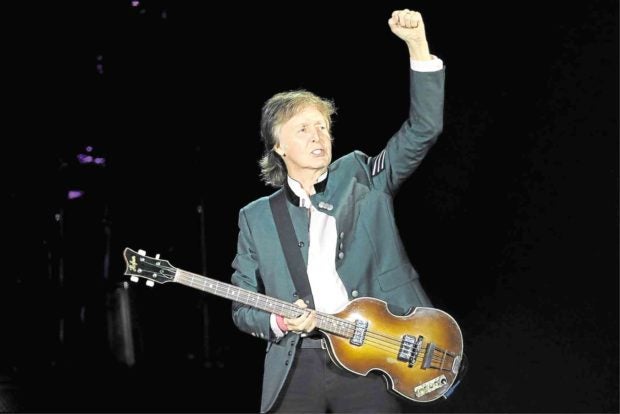 If there’s a downside to having a discography as varied and expansive as The Beatles’, it’s trying to remember how to play the deep cuts, admitted Paul McCartney—one of the principal songwriters of the legendary British rock band.

After all, some of the material date back to the early 1960s. And Paul has worked on some 1,000 songs in his career that has spanned more than 60 years.

“I have to relearn everything. I have written an awful lot—you can’t retain them all. We go in rehearsals and I’m [like], ‘Oh yeah, that’s how it goes,’” Paul told The Mirror in a recent interview.

Still, he finds it satisfying to revisit the older songs and realize that many of them are, indeed, “pretty good”: “I really do. Some of the old songs, you say, ‘Oh, that was clever, I wouldn’t have done that,” said Paul, who shared the bulk of songwriting with John Lennon.

“It’s exciting to think that they still work. We were a little rock ‘n’ roll [group] from Liverpool, and it just kept going,” the 77-year-old musician added.

Meanwhile, in an interview posted on his website, he revealed that he may release a compilation of outtakes from his “treasure trove” of soundcheck improvisations.

“We have got millions of them! Fortunately, there’s a guy in our team called Jamie, who logs them. And he tells me we have actually got thousands. Some of them are really good and occasionally, I’ll pick one out and work on it,” he said.—ALLAN POLICARPIO