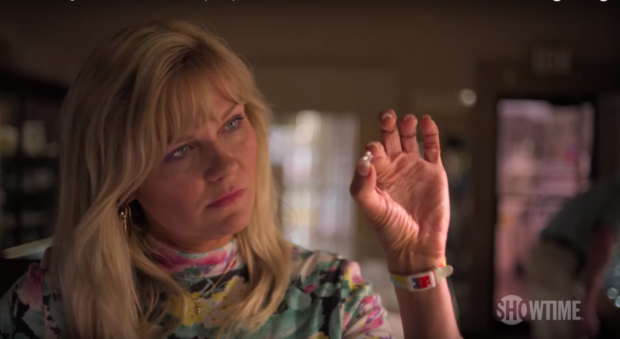 American TV channel Showtime has confirmed the second season of the drama-comedy “On Becoming a God in Central Florida” starring Kirsten Dunst, a month after its premiere.

Neither the shooting date nor the episode count of the upcoming season has been released by the show’s producers.

“With such imaginative storytelling and an absolutely inspired lead performance, ‘On Becoming a God in Central Florida’ has been a revelation,” said Jana Winograde, co-president of entertainment at Showtime.

“Kirsten, Esta, Robert, Matt and Charlie have crafted a wondrous blend of satirical light within the economic and emotional melancholy that confronts so many Americans,” she added. “We couldn’t be happier that ‘On Becoming a God’ is on Showtime, nor more eager to see what wild events await our ensemble in the downline of season two.”

Created by Robert Funke and Matt Lutsky, the dramatic comedy tells the story of Krystal Stubbs, an employee in a water park who is chasing her own American Dream. It is based in Orlando, Florida during the 1990s. Krystal, a minimum-wage employee, does the best she can until the day she decides to infiltrate Founders American Merchandise (FAM), a multi-level marketing company whose pyramid scheme has bankrupted her family.

By lying and scheming, she climbs to the top of the powerful business structure handled by Obie Garbeau II. On her way to the top, she meets Cody, one of FAM’s most fervent disciples, with whom she develops a complicated relationship.

Kirsten Dunst hits out at ‘Spider-Man’ reboots: ‘We made the best ones’