Adele, Beyoncé, Chris Martin will be in new OneRepublic song 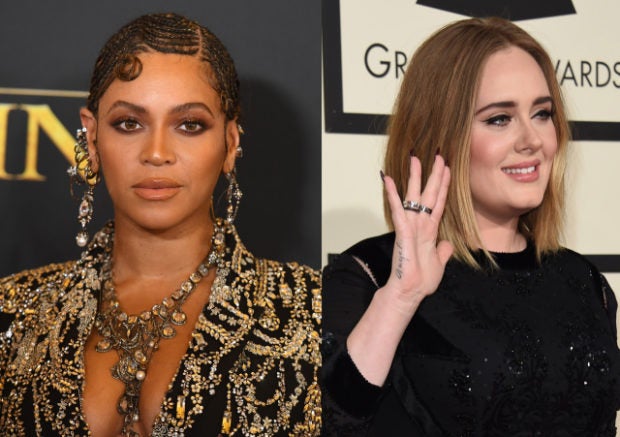 Beyoncé and Adele have recorded a song together with the American band OneRepublic, their frontman Ryan Tedder said in an interview with radio station Z100 New York.

Although details about the collaboration are still scarce, Tedder also revealed that Coldplay vocalist Chris Martin contributed a piano solo to the song’s bridge.

The yet-untitled song is set to appear on OneRepublic’s upcoming album, “Human”, which is slated for a late November release.

The full-length will mark the pop band’s fifth studio effort, following their 2016 “Oh My My”.

Ahead of the album release, OneRepublic has already unveiled two songs from “Human”, respectively entitled “Rescue Me” and “Wanted”.

“The bottom line is, we do have an album’s worth of material, and that’s the good news. So we’ve been dropping song after song. ‘Rescue Me’ was kind of the first… getting the wheels turning again, and we have a lot more songs to come,” Tedder told the radio station.

As a songwriter, Tedder has collaborated with both Beyoncé and Adele in the past, contributing to the British vocalist’s “Rumour Has It”, “Turning Tables” and “Remedy”. He also worked with Beyoncé on her singles “Halo”, “XO” and “I Was Here”.

Adele has not released new material since her third studio album, “25”, which arrived in 2015. She has made limited public appearances since then, fueling speculation that she is working on a new full-length.

Beyoncé recently unveiled the soundtrack album, “Lion King: The Gift”, which was a companion to the Jon Favreau-directed remake of “The Lion King”.

A documentary detailing the creation of the record, entitled “Beyoncé Presents: Making the Gift”, premiered on Sept. 16 on ABC. RGA/JB

Finally, Beyonce has a wax figure that looks like her—and stands as queen with the royal family