Aaron Paul is back in the 'Breaking Bad' movie | Inquirer Entertainment

WATCH: Aaron Paul is back in the ‘Breaking Bad’ movie ‘El Camino’ 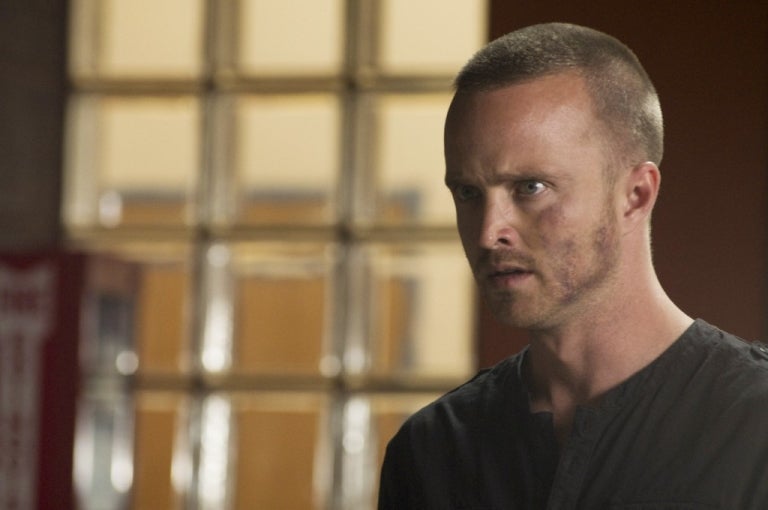 Netflix released a new trailer for its upcoming movie based on the “Breaking Bad” series during the Emmy Awards ceremony for the best TV shows of the year.

Six years after the end of the “Breaking Bad” series, Aaron Paul is back as Jesse Pinkman, the iconic, methamphetamine-producing character from the original show. It is his first official appearance in an “El Camino” trailer despite numerous teasers Netflix has shown over the past few weeks.

The film was written by Vince Gilligan, the creator of “Breaking Bad”. It will focus on Jesse who, having escaped from the hideout where he was being held prisoner, must accept his past in order to face the future.

“Breaking Bad” was launched in 2008 and ran for five seasons. A critical and popular success, the series won 15 Emmy Awards during its run.

Read Next
‘Goblin’ star Lee Dong Wook to visit Manila in October
EDITORS' PICK
The Best Tech Gifts For The 2022 Holidays
Is it safe to talk politics again at family gatherings? ‘The Reconciliation Dinner’ shows us what that’s like
EDITORIAL: To a bike-friendly future
House energy committee chair Arroyo bats for cheap electricity
vivo’s coming to town to grant wishes with more holiday promos
Pagasa: Warm, sunny Sunday in most parts of PH
MOST READ
LOOK: Vhong Navarro transferred to BJMP detention facility in Taguig
The Elephant Man in the Senate
Posh village as ‘shabu’ haven
LOOK: Zanjoe Marudo bonds with Ria Atayde, her family
Don't miss out on the latest news and information.