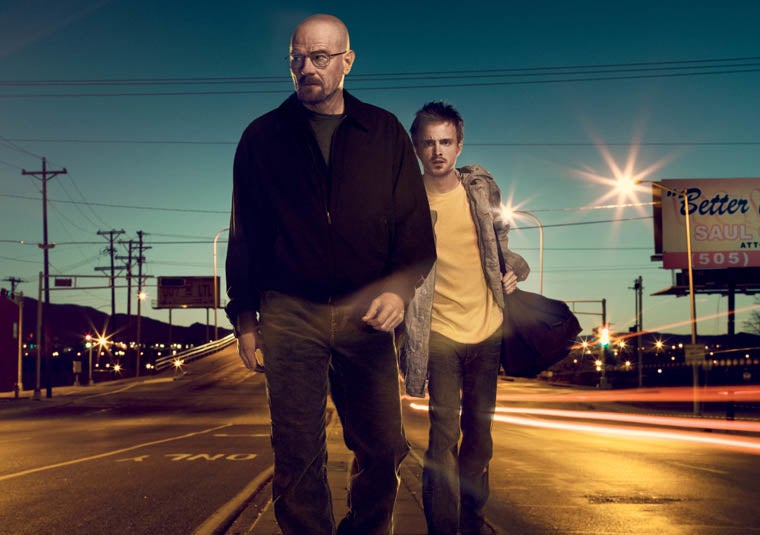 A “Breaking Bad” film set after the events of the hit television show and centered on meth addict-turned-cook Jesse Pinkman will be released on Netflix in October, the streaming giant said Saturday.

“El Camino: A Breaking Bad Movie” will pick up the story after Pinkman escaped the clutches of a neo-Nazi gang with the help of kingpin Walter White in the AMC show’s 2013 conclusion.

“In the wake of his dramatic escape from captivity, Jesse must come to terms with his past in order to forge some kind of future,” Netflix said in a statement.

The “gripping thriller” is written and directed by Vince Gilligan, creator of the original series, which is widely acclaimed as one of the best TV dramas ever made.

“Breaking Bad” ran for five seasons from 2008 to 2013, and told the story of a high-school chemistry teacher diagnosed with cancer who starts cooking crystal meth, often with former pupil Pinkman, to provide for his family.

A teaser trailer for the film released Saturday shows another returning character, “Skinny Pete”, telling police he has no idea where his friend Pinkman has gone.

“No way I’m helping you people put Jesse Pinkman back inside a cage,” he says.

News of the long-rumored film broke earlier Saturday after Netflix users spotted a “placeholder” page on the streaming giant’s platform giving the title and synopsis.

Though the page was subsequently deleted, The New York Times confirmed the report by publishing an interview with Paul.

“It’s a chapter of ‘Breaking Bad’ that I didn’t realize that I wanted,” Paul said. “And now that I have it, I’m so happy that it’s there.”

Paul told the publication that Gilligan had phoned him two years ago with the proposal for a movie.

“I quickly told Vince that I would follow him into a fire,” Paul responded.

The movie will be released on October 11, Netflix said.

The series’ stars Bryan Cranston and Paul both tweeted cryptic messages hinting at a possible film earlier this year.

Local media in Albuquerque, where the original series was set and shot, reported last year that filming for the movie was under way.

Bob Odenkirk, the star of “Breaking Bad” spin-off “Better Call Saul”, also said in a recent interview that he “can’t wait to see” the movie.

The original series is widely credited with helping to usher in the current so-called “golden age” of television. JB