How abusive, arrogant superheroes get their due in ‘The Boys’ 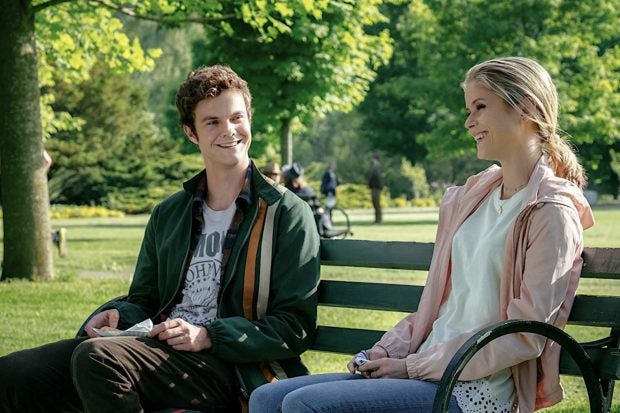 The age of the internet and social media has introduced so many options for people to choose from, forcing entertainment providers to come up with programs that cater to discriminating viewers as much as attention-impaired audiences.

We’re only too happy to have recently jumped on the Amazon bandwagon after “discovering” its Prime streaming service (primevideo.com), which provides an alternative to Netflix, HBO Go and Fox Plus.

We sat through episode after episode of Phoebe Waller-Bridge’s buzzed-about “Fleabag” and Rachel Brosnahan’s exuberant comedy “The Marvelous Mrs. Maisel” to bring us up to speed on two of Tinseltown’s most celebrated series.

The alluringly subversive series, which has recently been renewed for its sophomore season, pits a group of superheroes known as The Seven against a clandestine CIA squad tasked with monitoring activities of superheroes corrupted by their powers and celebrity status. 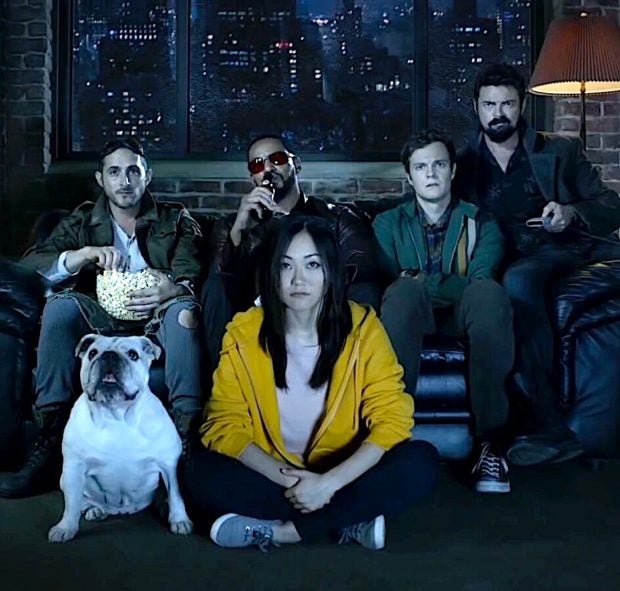 The latter is being managed by Madelyn Stillwell (Elisabeth Shue), whose task is to perpetuate the premium “brand’s” deceptively wholesome image, as well as monetize its popularity and influence.

To say the least, the secrets these superheroes keep are far from “super” or “heroic.”

It’s a compelling tale, noted in the comic books for its graphic violence and frank sexual content, that is somehow connected to a gene-enhancing drug called Compound V, which could explain questions about the existence of superheroes in the world. 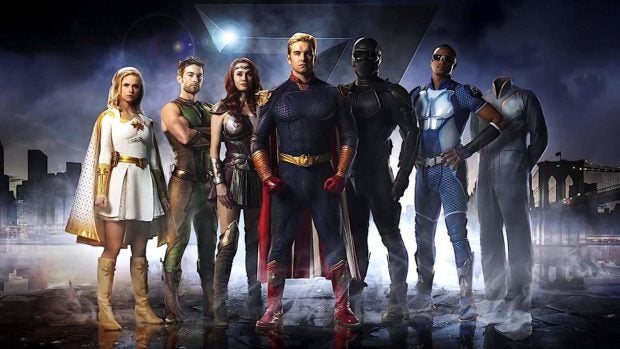 Hughie is drawn to The Boys after his girlfriend is killed in a gruesome, high-velocity collision with the remorseless A-Train.

Hughie’s disappointment in “the world’s greatest superheroes” is also mirrored by Starlight, who gets her fair share of rude awakening when she meets The Deep and gets propositioned for oral sex.

Shortly thereafter, she is unnerved by a hairy “run-in” with the invisible Translucent in the toilet of Vought’s headquarters.

“The Boys’” comic-book iteration provokes even more with its take-no-prisoners approach in storytelling: A case in point is its “Cherry” story arc, in which Starlight is coerced to perform oral sex on Homelander to gain entry into the group! That’s certainly not something you’d want your kids to get all, uh, excited about.

The situation gets dicier when Hugh and Starlight meet and end up liking each other!

This for-adults-only series is a metaphor for power and what happens when it is used in excess. It doesn’t merely raise some red flags about absolute power and the polarizing arguments about vigilante justice; it also raises the question: Who will make superheroes toe the line when they abuse their powers?

In this regard, dear readers, what do we do when our leaders, who are sworn to protect our interests, mishandle and misuse positions of authority?

On Netflix, Joe Penhall’s unsettling “Mindhunter,” based on John E. Douglas and Mark Olshaker’s true-crime tome “Mindhunter: Inside the FBI’s Elite Serial Crime Unit,” gets back on track with an even more binge-worthy narrative progression for its nine-episode sophomore season.

This time, Holden and Bill, along with newcomer Gregg Smith (Joe Tuttle) and lesbian psychologist Wendy Carr (the sublime Anna Torv), are being supervised in the FBI’s Behavioral Science Unit by their new boss, Ted Gunn (Michael Cerveris), while they investigate the grisly deaths of 20-plus teenage black boys in Atlanta, Georgia.

What makes the quartet’s disquieting chats with the serial killers they cross paths with is the fact that the scenes are inspired by BTU’s actual interviews, some of them staged almost word for word! 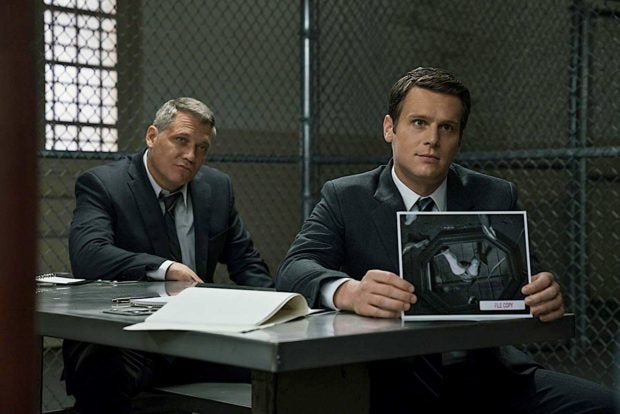 For Bill, the bloody stories at work are brought closer to home when he is faced with a bullying-related crime that makes his otherwise “gentle” son complicit to the crucifixion and death of a helpless infant.

Truth is stranger than fiction, indeed.

Read Next
Lea rallies behind PH athletes in SEA Games theme song
EDITORS' PICK
Get exciting deals and discounts when you download the new McDonald’s App
Batangas execs, Taal evacuees thank House; hopeful on rehab efforts
SM continues to send relief assistance to remote towns in Batangas
PAL: Passengers with flights to parts of China may request for refund, rebooking
5 years after Mamasapano, son of fallen SAF 44 trooper remembers his ‘idol’
‘A greener, cleaner tomorrow’: A how-to guide for Filipinos who want to help with today’s energy crisis
MOST READ
Seized food items from China tested positive for ASF–BOC
No time for revelry; Tagaytay instead plans for alert level 5
Taal’s sulfur dioxide emission increases
Dina Bonnevie on Coney Reyes: We have forgiven each other
Don't miss out on the latest news and information.