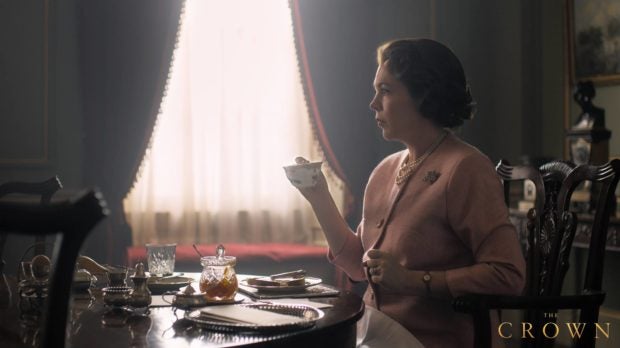 The creator of TV historical drama “The Crown,” which chronicles the lives of the British royal family under the reign of Queen Elizabeth II, admitted that he gives a heads up to Buckingham Palace about each season’s plot points.

Peter Morgan, who wrote the film “The Queen” and the play “The Audience,” which served as the basis for the show, told The Sunday Times via Vogue Australia on Tuesday, Sept. 10, that he meets four times a year with high-ranking people in Buckingham Palace, where the Queen resides. “Respectfully, I tell them what I have in mind and they brace themselves slightly,” Morgan said.

He noted that he ensures a dignified depiction of the royal family and would not dare to satirize them.

“You know when you get a supermarket trolley that veers to one side, because its wheels aren’t right? The wheels on this show want it to do satire, which is what we love doing with our political leaders and royals,” he explained. “But I’m not remotely interested in that. I’m constantly trying to steer it in the other direction, towards something heroic.”

That said, it is inevitable that certain dramatizations would displease the subjects of the show. The Queen was reportedly unhappy at how her husband Prince Philip was depicted as a harsh parent toward Prince Charles when he was bullied at Scottish boarding school Gordonstoun. This depiction was featured in an episode of season 2, as per the Daily Express in September 2018.

Members of the British royal family have kept tabs on the show. Besides the Queen, according to the Daily Express, among its viewers are her son Prince Edward and his wife, Sophie, as well as her eldest granddaughter Zara Phillips and her husband, Mike Tindall.

Morgan teased in Entertainment Weekly last August that the focus will be less on Queen Elizabeth II and Prince Philip and more on her sister Princess Margaret and the breakdown of her marriage to Lord “Tony” Snowdon.

It will also take a closer look at Prince Charles and his relationship with Camilla Parker-Bowles before he met Princess Diana.  Niña V. Guno /ra