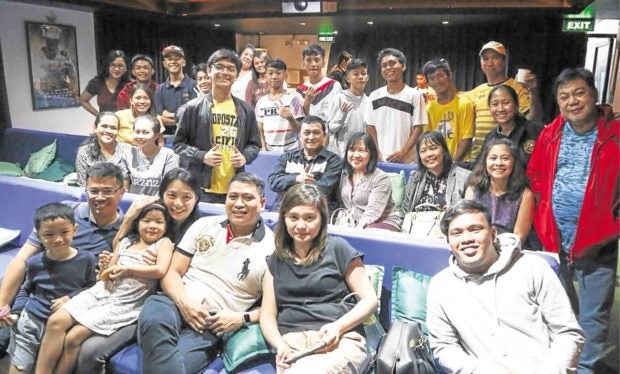 If you love what you do, you’ll never get tired of doing it,” young actor Noel Comia Jr. told the audience during the block screening of his coming-of-age drama “Children of the River,” held recently at Cinema ’76 in San Juan.

The screening was organized for the benefit of the Gawad Kalinga (GK) SipaG grassroots football program.

“Anything is possible with passion—and with God,” said Noel when he was told that the GK SipaG football players are students who, aside from going to school, also do part-time work and attend football training.

The screening of the film, which was also a finalist in the 2019 Cinemalaya Philippine Independent Film Festival, was also attended by its director Maricel Cariaga and actress Rich Asuncion.

Also present were Noel’s parents, who said the event was special to them because they are GK volunteers who participated in the building of houses in a GK community in Batangas.

Almendralejo shared the film with GK, with whom he has done projects through the grassroots football program, “Football for a Better Life.”

“Children of the River,” produced by Spears Films and GMA Films, is a coming-of-age story of four friends whose fathers are soldiers assigned to keep the peace in Mindanao. 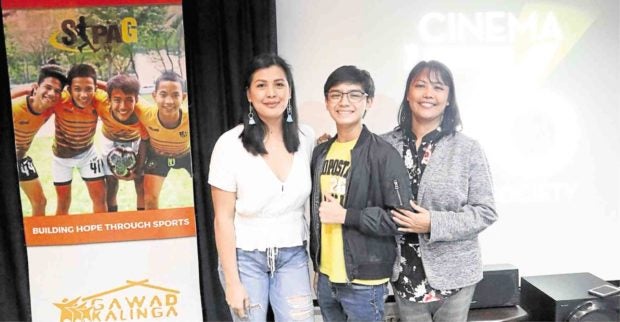 GK is a movement that seeks to empower the marginalized through education, inculcation of values and job-generating projects. Meanwhile, GK’s SipaG program utilizes football as a means to help empower the youth in GK communities.

Proceeds from ticket sales from the screening was handed over to the GK SipaG program, said Almendralejo. Another screening will be held in UP Los Baños on Oct. 9—this time, to help raise funds for Upsilon Sigma Phi projects.—MARINEL R. CRUZ