Can’t let them go–‘Frozen’ talents back in sequel

A scene from “Frozen II”

LOS ANGELES—“To have the Lopezes write songs for us in the first place is just quite an honor,” Idina Menzel said about Fil-Am Robert “Bobby” Lopez and Kristen Anderson-Lopez, who return to write songs in “Frozen II.”

In the first “Frozen” movie, Idina sang “Let It Go,” a huge hit which earned the songwriting couple an Oscar and a Grammy.

Now, Kristen and Robert are back composing songs for the sequel to the animated blockbuster.

Chris Buck and Jennifer Lee are also back as directors.

Talk about your preparation for the songs. How did Bobby Lopez and Kristen Anderson-Lopez work with you and your voices?

Menzel: One of the greatest honors and gifts about working with talented composers is when they get to know and understand you, your dynamics, inflections and impulses and they write for you and … know your voice.

It makes our job so much easier, because we just float on their melody. They almost tell the story for us.

To have the Lopezes write songs for us in the first place is just really quite an honor. The music in this film is pretty extraordinary.

What is the extra challenge for you in singing the songs in this second movie?

Groff:  The biggest challenge for me is that it is new, fresh music that I’ve never sung before.

So it’s finding the ability to sing it, trying to do justice to the music, because Bobby and Kristen are very collaborative.

They do write stories that are specific to the characters and to us playing them, so you want to rise to that level.

It’s how committed they are to not just writing a great song and showing people’s voices off.

It’s always really just connected to the dramatic moments of the story, which is so cool.

How surprised were you about the success of the first movie?

Gad:  I didn’t know what to expect. I remember we all went to that screening for the first time. Dax (Shepard, Bell’s husband) was there, and I brought my wife (Ida Darvish).

It was the first time that we actually saw what we had been recording.

I remember being like, “Wait a second, why is this so good?” And I remember my wife, who is so critical of everything I do, [she] looks at me and goes, “This is really special … Yeah, this is like classic Disney special.”

But then, when people started going again and again [to watch the movie] and it became a cultural phenomenon where everybody was singing your song, it just started to become something else.

Bell:  I was, for one, really grateful that it was a hit because we were a part of a rule-bending movie.

It was about the love of family and who will you be when people ask you to believe in them? And that was just beautiful to me that the world was ready to embrace a concept like that and also identify with it. 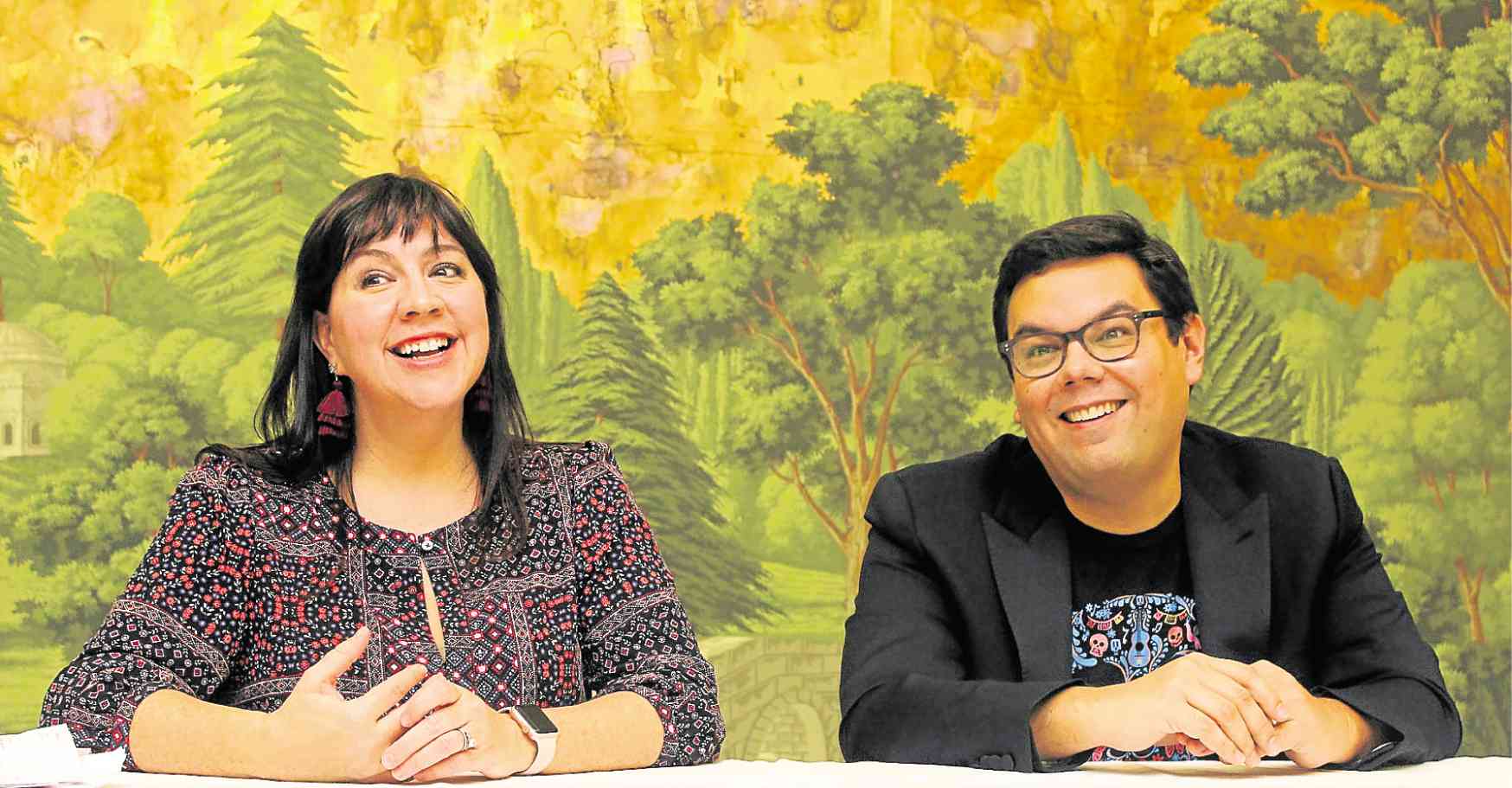 What were your expectations in stepping back into these characters?

Menzel: People keep asking us to compare how we feel about the bar, how high the bar was set with the first film.

We didn’t really spend a lot of time talking about that because we trusted the creators, their storytelling and the ways that these characters communicate their love and passion in this world.

I just feel like these characters have evolved. They’ve deepened and have become richer. We are really proud of this one. We don’t compare it to the first.

Bell: For me, it wasn’t nerve-wracking at all because it was the same exact recipe. If we had switched up a bunch of the team, it would have been nerve-wracking.

Is it delving into more aspects of the family?

Bell: There are different pivotal moments in people’s lives.

And the reason that it took so long was because they were focusing on the second pivotal moment in this family’s life.

In this story, everything is seemingly perfect, except Elsa starts to hear a voice, a calling. She has previously put her faith in Anna and knew Anna would be there.

They set out on this dangerous adventure outside the walls of Arendelle, and it opens up the whole world to find the answers to the origin of her magical powers.

Along the way, secrets of the past are revealed that have threatened the future of their kingdoms.

Wood: I’m playing Queen Iduna, who is Anna and Elsa’s mother. We saw Iduna briefly in the first film, but we lost her.

Iduna holds this key that bridges the gaps between Arendelle and this new place we are discovering.

She’s very protective of the girls. Her spirit lives on in a way, and she’s kind of guiding them.

Brown: I play Lieutenant Matthias who is a soldier in the Arendelle army, under the grandfather of Elsa and Anna. He bridges the gap, he knows some things about their past, shares some stories.

Everybody’s on this journey to find out who they are, where they come from and how that informs their present, where they go into the future.

What else can audiences expect from this second one?

Gad: What’s fun about Olaf in this one is, like all the characters in this film, he’s grown. There’s a bit of a time passage between the first film and now, three years.

Gad: I always assumed it took place in 1572 (laughs). I just never thought to ask. It was important to me, as I think it was to all of us who were continuing on, that our characters grew in some way. And the filmmakers, to their credit, had the same notion.

It’s one more dynamic that is very unique to this film and adds to the legacy that was built in the first film. And once again, it explores, enriches and deepens everything that has come before it.