‘Dark Waters’: How Jeremy Wade investigates the unimaginable and the unexplained 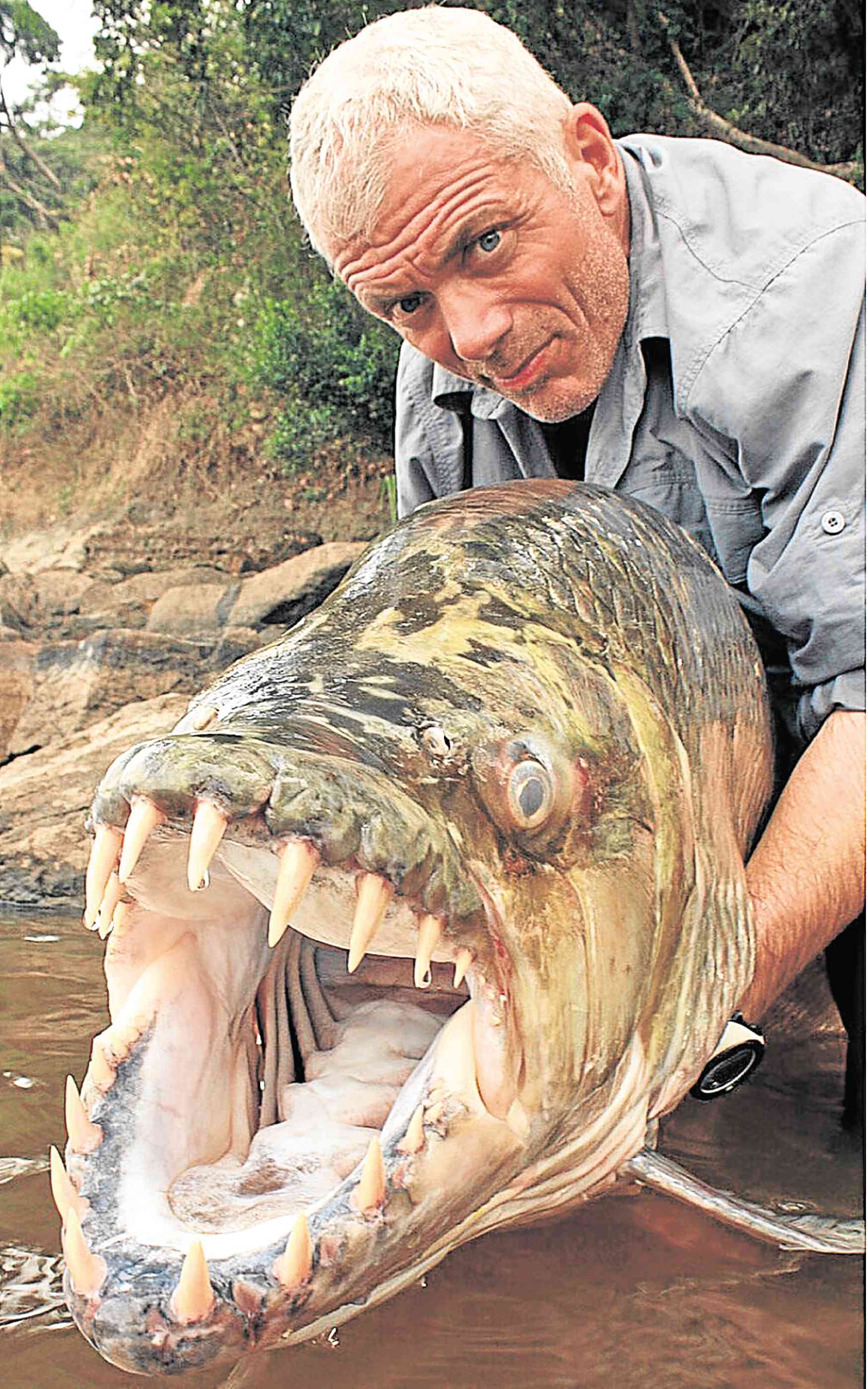 TOKYO—Animal Planet host Jeremy Wade has been busy promoting his new program, “Dark Waters,” all around the globe when we flew to Japan to interview him in July. But the British biologist and TV host confessed that instead of touring, he would rather be at home in England, fishing in a small river near his home.

“I’ve lived there for about 10 years but never had the time to go fishing in the local river,” he told the Inquirer. “This year, I’ve had a little more time, so I’ve gone down there. I enjoyed the trip.”

In 2017, Wade hung up his fishing rod after nine seasons of Animal Planet’s “River Monsters.” This year, he goes back to the waters to investigate reports of the unimaginable and unexplained in “Jeremy Wade’s Dark Waters,” which will air on Monday, Sept. 9, at 9:55 p.m.

The interview was held at the Benkei Fishing Club in Chiyoda City. For Wade, the place was a welcome change in his “normal routine.” He explained: “I like this place, even though it’s quite challenging. It’s interesting—the idea of a fishing area in the middle of the city.”

Several journalists from Southeast Asia joined Wade at the fishing pond that morning. Sadly, we didn’t catch any fish. However, we got a crash course on recreational fishing from Wade, who explained the function of each part of the fishing rod, as well as how to use it.

“The last time I fished in Japan, it was at a concrete pond about the size of this place,” he said of Benkei. “I quickly caught five carp. The thing is, if you always catch fish then you lose interest because any achievement is related to facing difficulty; having to work hard for it.” 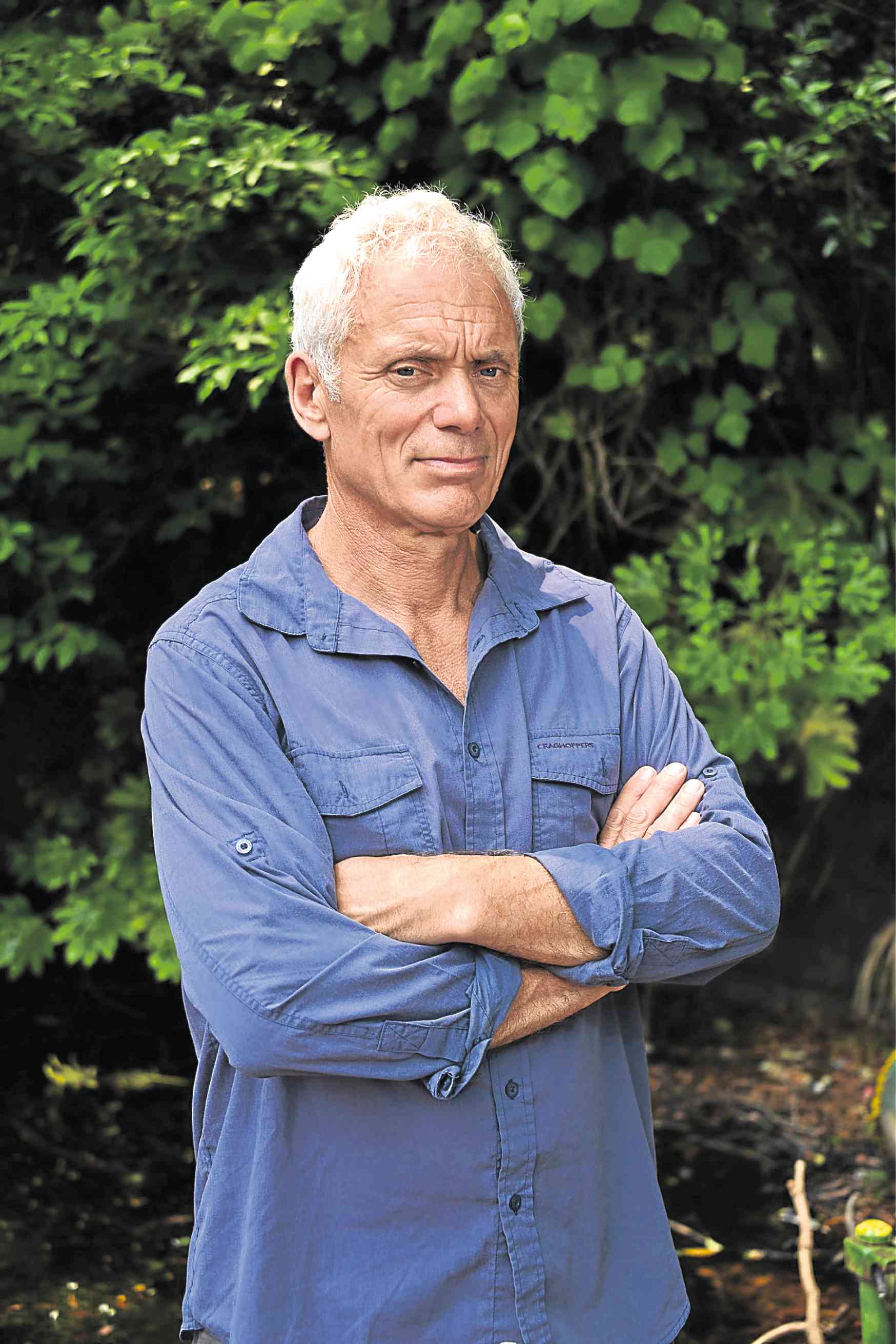 Wade has filmed in over 50 countries. When we asked what his considerations were if we were to invite him to the Philippines, the British TV host said: “I’d first look into what [kind of] fish lives there,” he began. “But what’s more important is if we could catch a good one in the duration of the shoot. Although we have two or three weeks, I don’t spend all of that time fishing. Sometimes, it’s just three or four days.

“The other thing I look for is a good story. With ‘River Monsters,’ it sometimes didn’t matter if the story was made up or exaggerated. Its purpose was to get viewers to ask, ‘Is this going to lead me to a real animal?’”

In “Jeremy Wade’s Dark Waters,” Wade spotlights the bizarre, the weird and the mysterious. He takes audiences on journeys beneath the water in remote areas, to islands lost in time, and out into the open ocean to investigate reports that include, among other things, entire fish species suddenly disappearing; unexplained sightings of mythical beasts; once thriving rivers now empty; and genetic oddities that may have produced the biggest monsters yet.

According to Wade, people get engaged with each story. “There is a puzzle. If there is an ugly catfish that lives in the mountain rivers of the Himalayas, how do we film that?” he pointed out.

Wade then recalled the time he caught a Goliath Tiger fish in the Congo in Africa. “It looks a bit like the piranha, but bigger. Its teeth are three inches long. It’s like a giant piranha!”

The biggest fish he caught is called the sixgill shark, which was “about 5 meters long and weighs 550 kilograms,” Wade said. “This was like dead weight, like a slightly animated grand piano on the sea bed.”

Timing is also critical, he stressed. “Normally, you want the river when the water is low and not when it’s flooded. For example, there are parts of the Amazon where the water goes up to 15 meters high. This floods the forest, so a lot of the fish that normally stay close together are suddenly very hard to find.”

“Jeremy Wade’s Dark Waters” episodes this season will include: “Italy’s Lake Monster,” or the Lake Garda Monster, which keeps an ancient secret. It has been described as a huge beast—half-snake, half-dinosaur.

In another episode, “Alaska’s Lost River Kings,” Wade travels to Alaska to investigate reports of the mysterious disappearance of the King Salmon.

Wade’s search for answers takes him to the Yukon River, where the King Salmon is the lifeblood of native communities.

Another episode, “Return of the Outback Beast” starts with news of an underwater attack in Australia.
“The story of a diver tangling with a colossal fish is intriguing, but according to most people, there shouldn’t be any fish of significant size in the area,” said Wade.

Chasing a lead, he travels to eastern Australia to investigate. He discovers that the fish responsible for the attack may be from a long-forgotten species.