MANILA, Philippines – Korean singer and former Wanna One member Kang Daniel is returning to Manila to meet his Filipino fans anew, this time as a solo artist.

Kang’s agency Konnect Entertainment announced Friday in a Twitter post the singer will hold a fan meeting in Manila on October 19, 2019. 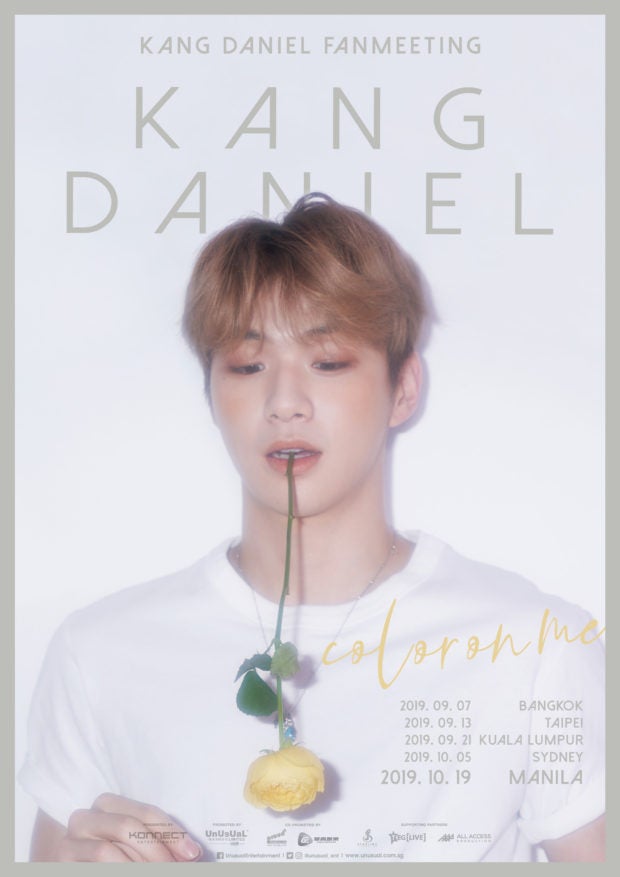 The venue and ticketing details have yet to be announced.

Kang will also meet his fans in Bangkok, Taipei, Kuala Lumpur and Sydney.

Kang last visited the Philippines in September 2018 as part of Wanna One’s world tour “One: The World” where the 11-member group performed at Mall of Asia Arena.

The singer rose to prominence when he became the top-ranking contestant of South Korean talent show “Produce 101” in 2017.

He recently debuted as a solo artist after Wanna One disbanded in December 2018. /gsg