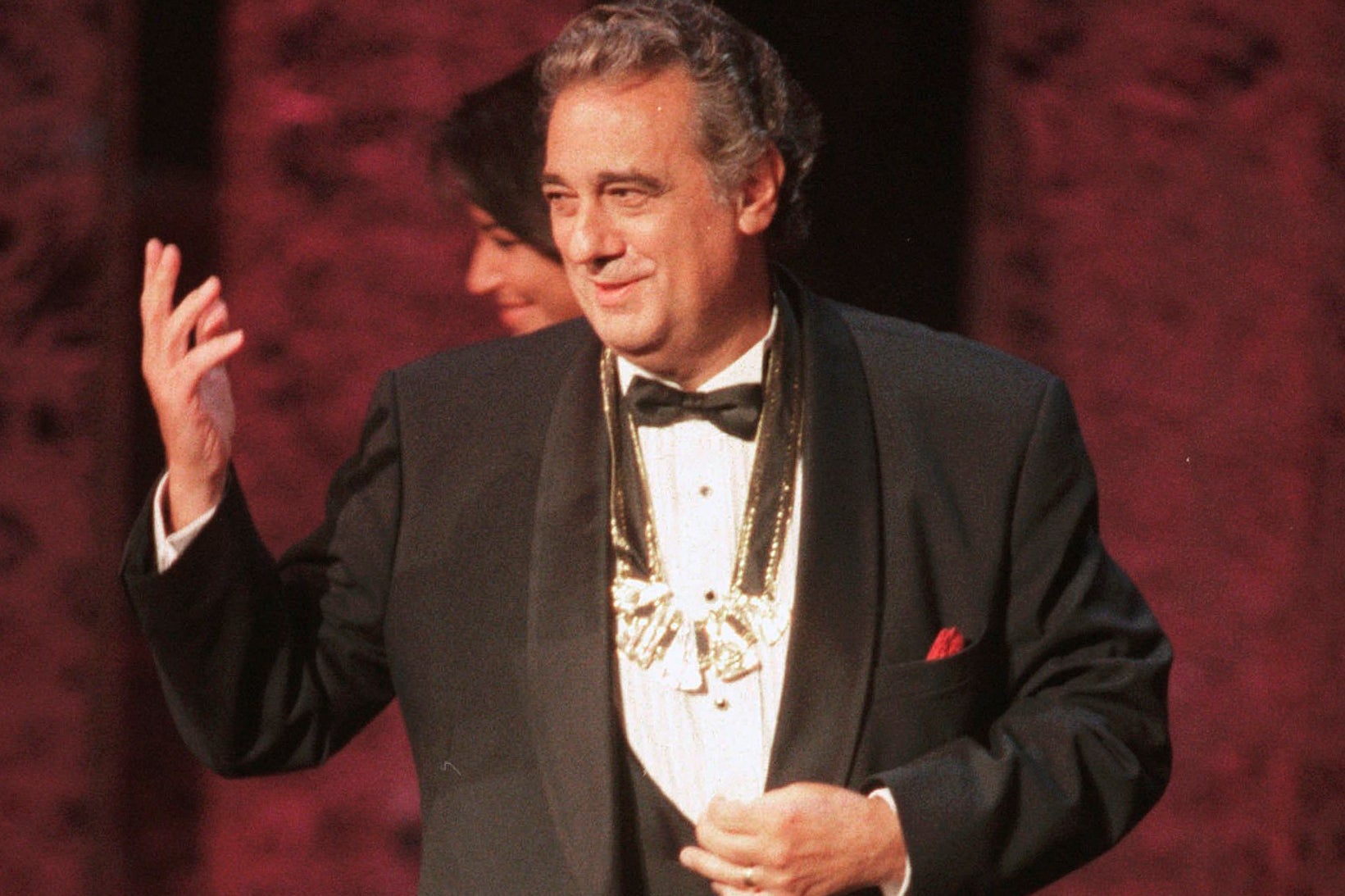 In this Tuesday, Sept. 14, 1999 file photo, Placido Domingo acknowledges the audience after receiving the 1999 Hispanic Heritage Award at the John F. Kennedy Center for the Performing Arts in Washington. An evening before a performance of “Le Cid,” part of the Washington Opera’s 1999-2000 season, opera singer Angela Turner Wilson said she and Domingo were having their makeup done together when he rose from his chair, stood behind her and put his hands on her shoulders. As she looked at him in the mirror, he suddenly slipped his hands under her bra straps, she said, then reached down into her robe and grabbed her bare breast. “It hurt,” she told The Associated Press. “It was not gentle. He groped me hard.” She said Domingo then turned and walked away, leaving her stunned and humiliated. (AP Photo/Leslie Kossoff)

The Dallas Opera has canceled a 2020 Placido Domingo event due to harassment and groping allegations against the opera superstar.

The opera said Thursday the gala had been set for March 11 but was taken off the calendar due to “ongoing developments regarding allegations made against” Domingo.

This developed as the Los Angeles Opera said it takes new allegations of sexual harassment against Domingo “extremely seriously” but cannot discuss any specific claims because of the ongoing investigation. Domingo serves as the company’s general director since 2003.

Meanwhile, the Metropolitan Opera in New York said it would continue to await LA Opera’s findings before making any “final decisions” about Domingo’s future at the Met, where he is scheduled to perform starting September 25.

Washington National Opera, on the other hand, has issued a statement saying it is “disturbed and disheartened” by new allegations against Domingo.

Eleven women have come forward in an AP story published Thursday with new allegations of sexual misconduct against Domingo.

The new accusers included LA Opera backstage staff who said that Domingo’s behavior was common knowledge and that management had been aware of it for decades. Some costume department employees also said they made it a point to keep young female singers away from him.

In a statement, Domingo’s spokeswoman said the new allegations were riddled with inconsistencies, but she provided no specifics.

Spokeswoman Nancy Seltzer did not immediately respond to an email about the Dallas Opera’s performance cancellation.

Nine women previously told The Associated Press that they had been harassed by the star. /kga