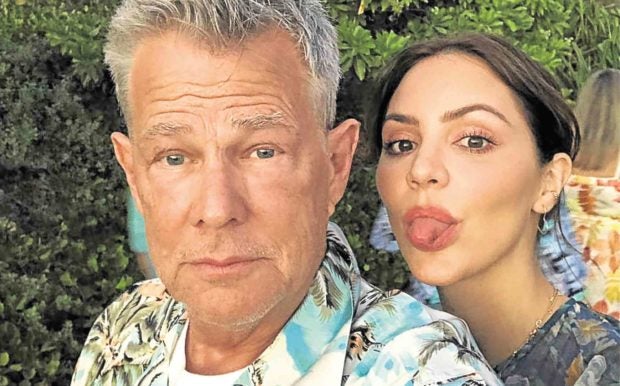 While some female celebrities opt to retain their surnames after marriage—especially when they’re already established—former “American Idol” finalist Katharine McPhee decided to take David Foster’s surname, because she felt it was a “romantic” gesture.

“I’m a romantic. I have always liked the idea that it’s still a traditional thing that exists in our society. I think it’s romantic, and it’s a great last name,” the singer said in a recent interview with Entertainment Tonight.

However, it may take some time, she said, to get used to it. “We have been away since we have been married. [I’m not used to it] yet, but I love it. I just love the ring of it, so I’m enjoying it,” related the 35-year-old singer-actress. She was last seen in the action series “Scorpion,” which ran for four seasons.

Katharine, who tied the knot with the renowned musician and record producer last June in London, is enjoying married life so far, gushing that it’s “how it should be.”

“We just love being with each other,” Katharine said. “There’s no arguing, no drama. It’s just easy.”—ALLAN POLICARPIO