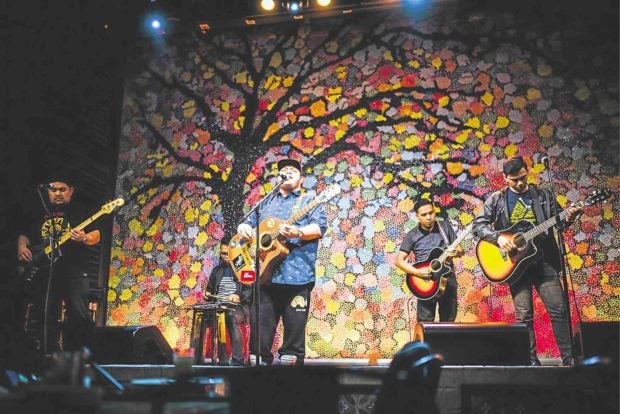 Alternative rock band Mayonnaise is set to hold a repeat of its successful first major concert, “Akalain Mo ’Yun”—this time, with a different set of guest artists and a repertoire with spruced-up musical arrangements.

For the upcoming one-night show—mounted by Gabi na Naman Productions and One Music PH—the group will take the stage anew at Music Museum on Sept. 7. (For tickets, call 7210635 or 7216726.)

Backing the band as it regales its fans with hit songs like “Jopay” and “Tayo na Lang Dalawa” is the musical ensemble Manila String Machine. Meanwhile, joining the group for collaborative numbers are singer-songwriters Barbie Almalbis, I Belong to the Zoo and Champ Lui Pio of Hale.

Although the gig—which doubles as Mayonnaise’s 17th anniversary celebration—is marketed as a repeat, the experience the band intends to deliver is anything but that.

“Expect the second run to be more open to musical possibilities,” lead singer and guitarist Monty Macalino related. “We’re also excited to work with some of our esteemed peers on the local music scene.” —ALLAN POLICARPIO