Why Don’t We comes to Manila in November 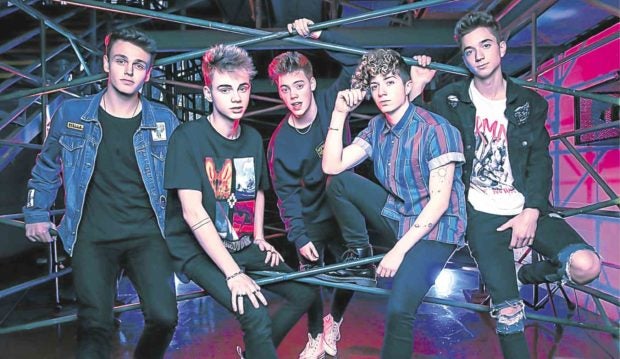 The boy band Why Don’t We, one of the most popular pop acts to emerge in recent years, is set to bring its “8 Letters” tour to Manila on Nov. 18 at the New Frontier Theater.

The American group is composed of five gifted singers aged 18 to 21: Jonah Marais, Daniel Seavey, Jack Avery, Zach Herron and Corbyn Besson. Each of the young men initially started out as a solo artist, utilizing different social media, video-sharing and live-streaming platforms, to grow a fanbase of mostly teenage girls.

Somehow, they found themselves crossing paths during fan events and doing collaborations. Before they knew it, they were in a group chat, mulling the possibility of moving forward as a single unit: “Why don’t we?” they wondered.

Why indeed not? The band was formed in 2016. Thanks to the band’s social media savvy, Why Don’t We managed to quickly expand and cultivate its online presence, which eventually translated to exposure and impressive streaming figures:

In less than three years, Why Don’t We has already amassed more than a billion audio streams worldwide, 450 million and 2.8 million subscribers on YouTube and 4 million followers on Instagram.

The group is quite prolific, too, having already released five EPs and a debut album—“8 Letters,” which is also the title of Why Don’t We’s most popular track so far. Other fan favorites include “Big Plans,” “I Don’t Belong in this Club,” “Hooked” and “Trust Fund Baby.” —ALLAN POLICARPIO

TAGS: Manila, Why Don’t We