Dole set to release results of its probe on Eddie Garcia’s death on Aug. 30, orders GMA to disclose all location shoots of its teleseryes | Inquirer Entertainment

Dole set to release results of its probe on Eddie Garcia’s death on Aug. 30, orders GMA to disclose all location shoots of its teleseryes 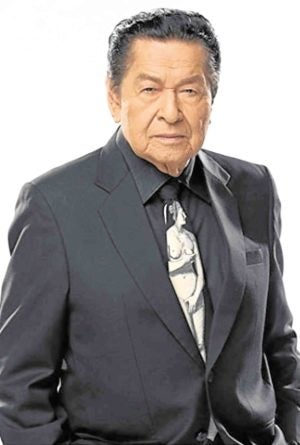 The Department of Labor and Employment (Dole) is set to come out with its final resolution on its investigation of the tragic death of veteran actor Eddie Garcia on Aug. 30.

At the same time, the Dole Regional Office, which is spearheading the investigation, has ordered GMA to submit a list of all location shoots for its teleseryes so that they could be subject to inspection.

Inquirer Entertainment learned about these latest developments in the investigation from Dole-NCR Regional Director Sarah Buena S. Mirasol, following a meeting between the department’s investigating committee and GMA executives to inquire about, among other things, results of the network’s own investigation, and the steps it has taken to prevent a similar tragedy from happening.

“There was lack of compliance with the requirement that in every activity there should be a safety officer. They didn’t have one. Otherwise, Eddie Garcia would not have died,” Bello revealed.

Aside from the Dole-NCR Regional Office, the other agencies that comprise the investigating committee are: the Bureau of Working Conditions as the department’s policy arm; and the Occupational Safety and Health Center whose mandate is to conduct training and research on matters pertaining to safety and health at work.

“We then learned that the cause of death was due to an accident, which was contrary to the initial reports that stated Mr. Garcia experienced dizziness, which caused him to fall,” Mirasol revealed.

She added: “Our mandate is that if there is an accident, we issue an authority to inspect, and we conduct an OSH (Occupational Safety and Health standards) investigation if there are injuries or death in the workplace. This case presents a unique situation because the workplace is a temporary worksite, unlike a project site for the construction industry, where there is a certain period for the completion of the project life, and in such event, we can go directly to the worksite and inspect.”

She said the committee called for a meeting with GMA since “we could no longer conduct an OSH investigation on the worksite because the project has already ceased. Our agreement was for GMA [executives] to furnish us with a copy of its investigation report, which they provided, and it was also accompanied by footage during the incident.”

Mirasol said that the investigating committee viewed the footage and crafted their recommendations based on the documentations that were provided.

“Initially, we see that there was failure of GMA to report the incident to us,” she said.

GMA faces a possible fine of P100,000 a day until full compliance with the provisions of Dole Department Order No. 198-18, which outlines the implementing rules and regulations of Republic Act No. 11058—An Act Strengthening Compliance with Occupational Safety and Health Standards, otherwise known as the OSH law.

This penalty is without prejudice to the filing of a criminal or civil case in the regular courts, which means that further legal action can still be pursued by the actor’s family.