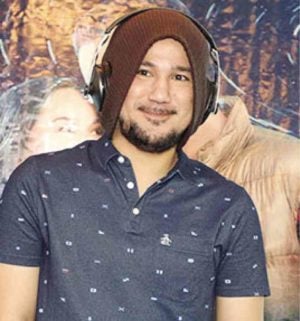 “The items on the bucket list often change, except for one thing,” said director Dondon Santos when asked to talk about his latest film that took seven long years to make.

Titled “G!,” the movie is about a cancer-stricken guy determined to tick off all the items on his bucket list with a group of friends.

Dondon said that the script went through three major revisions before he was able to turn it into a film in 2017, under Cineko Productions. And whenever he edited the script, Dondon made sure to update the items on the list according to what was current at the time.

“Only one item stayed on the list. It’s first-time sex,” revealed Dondon, adding that he based the bucket list items on answers culled from interviews and research papers.

“The other items used to be very simple, like ‘tambay after school’ or ‘trip to Tagaytay.’ These days, the items have greatly changed, especially with social media. Everyone would spend money on dinners in nice restaurants, or on travels abroad just to be able to take ‘Instagrammable’ photos that they could upload.”

For the second draft, Dondon and a cowriter opted to interview 50 respondents. “This was because we didn’t want to present something that would alienate the audience. It has to be realistic,” he pointed out. The third draft, which he cowrote with Arlyn Tamayo, was based on research papers found on Google and Yahoo.

“Also, instead of interviewing people, we jammed with them. They’re mostly millennials. Without them knowing, I got to observe them. I tried to learn as much as I could about their language and how they communicate,” he added.

Playing lead in “G!” is McCoy de Leon. Dondon explained that “instead of sulking and moping about the fact that he is dying, he comes up with five items on his bucket list. Along with his friends (Jameson Blake, Paulo Angeles and Mark Oblea), he embarks on a road trip, then goes skinny-dipping by the beach. Thirdly, he gets the same tattoo with his buddies, then they drink till they drop. Lastly, he experiences sex for the first time.” 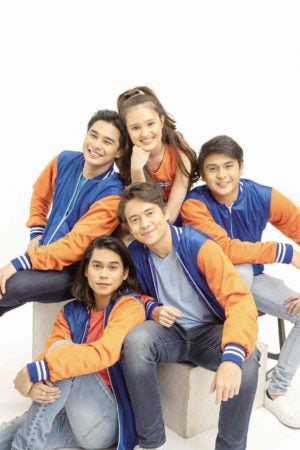 “The problem, though, is that somewhere along the way, something crazy and wild happens that will test their friendship,” the director said.

The title “G!” is a slang term for “group,” Dondon said. “It’s also used by millennials to mean ‘go,’ ‘great’ or ‘game!’ It has several meanings, but it’s always a positive thing for them.”

Dondon said he got McCoy, Jameson and Paulo as part of the cast “because I’ve worked with them before. Mark and I come from the same talent management, Cornerstone,” he explained.

While he has done for television several barkada-themed projects like “Pedro Penduko” and “Love Spell,” Dondon said “G!” is his first barkada flick.

“G!” is one of 10 official entries in the 2019 Pista ng Pelikulang Pilipino, which will run in all theaters nationwide starting on Sep. 13. The three-year-old indie fest is organized by the Film Development Council of the Philippines.