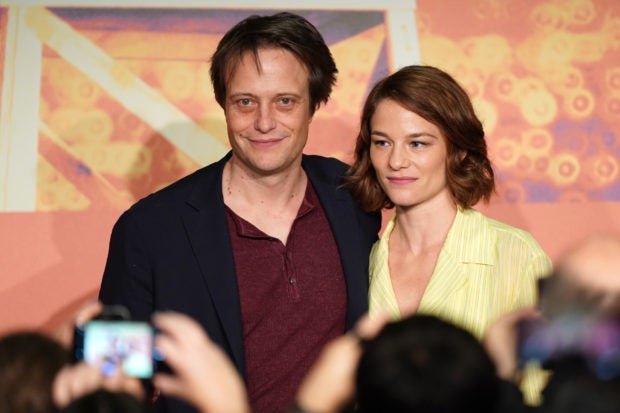 German actor August Diehl (left) and Austrian actress Valerie Pachner (right) arrive to hold a press conference for the film “A Hidden Life” at the 72nd edition of the Cannes Film Festival in Cannes, southern France, on May 20, 2019. Image: AFP/Laurent Emmanuel via AFP Relaxnews

The Fox Searchlight film from Terrence Malick (“The Thin Red Line”, “The Tree of Life”) premiered earlier this year at the Cannes film festival.

“A Hidden Life” tells the story of Austrian conscientious objector Franz Jägerstätter, a devout Catholic farmer who refused to swear allegiance to Hitler and fight for the Nazis, even in the face of threats, coercion and social pressure. Jägerstätter was imprisoned and executed by the Third Reich.

Valerie Pachner plays his wife Franziska. The late Michael Nyqvist and the late Bruno Ganz also star. The film marks the final performance by both actors.