Miguel Tanfelix, a celeb for most of his life, accepts ‘need to evolve’ 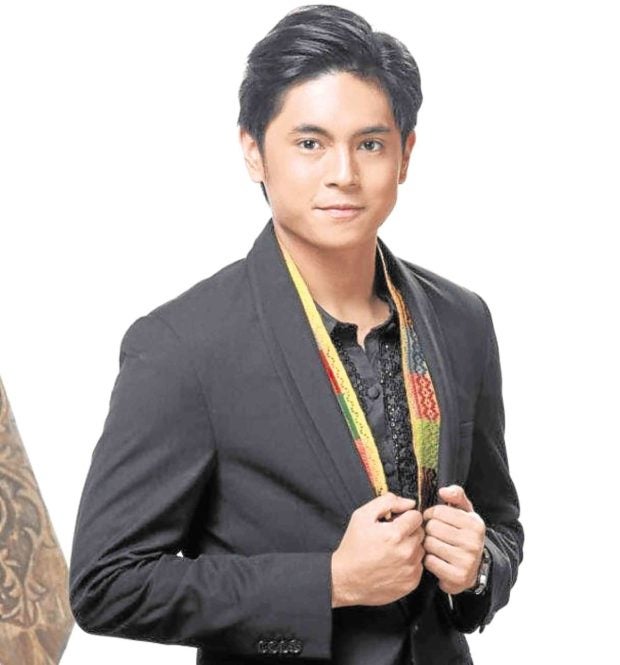 Nothing stays the same in show business, especially if you’ve seen yourself grow alongside your actor, friends and viewers. This is especially true for former child star Miguel Tanfelix, who entered the biz 15 years ago.

“Everything changes—people’s preferences, the genres of the shows that producers give you,” Miguel told the Inquirer in Filipino. “You need to evolve because you can’t show the same thing over and over to the audience.”

The 20-year-old actor is currently starring in “Sahaya,” a GMA 7 series that he finds rewarding for different reasons.

“This is the transition of my career, from teen roles to more mature roles, which I’ll be taking on more in the future. Ahmad, my character, is very serious,” said Miguel of the role, a young Badjao man smitten with the title character Sahaya, played by Bianca Umali.

The handsome actor, who also sang the show’s closing theme “Baleleng,” added: “In terms of knowledge in acting, I’m learning a lot from our director, Zig Dulay.”

Working with Bianca again is a breeze, said Miguel, who also starred with her in “Banal,” a horror film released last May. According to the actor, he would welcome opportunities to grow out of the “BiGuel” love team, whether it’s a solo starrer or a pairing with others, since there is an industry trend of shuffling onscreen partners for film projects.

“I’m happy with the love team because there are things that I achieve through my teamwork with Bianca. But I’m open and willing to do individual projects, kasi it’s also part of growing as an artist.”

Miguel, who was a 5-year-old finalist in GMA’s “StarStruck Kids” in 2004, landed a role in “Mulawin” that same year. He also snagged parts in the network’s shows through the years, including “Nita Negrita,” “Mga Basang Sisiw,” “Encantadia” and “Mulawin vs Ravena.”

Miguel, known for having a generally wholesome image, recently starred as the son of Michael V and Dawn Zulueta’s characters in the film, “Family History.”

What he considers fun during downtime is also educational, related the Kapuso talent.

“Whenever I find the time, I like to travel alone,” Miguel said. “That’s the most interesting hobby I have, since I do a lot of new things, and I learn while traveling. I learn about the culture, the people in that place, and myself. Learning is fun!”

On what he ultimately wishes to achieve as an actor, Miguel said, “I want to do roles outside my comfort zone. Gusto ko masubukang maging bida-kontrabida down the road. It’s challenging to be an actor now, because your audience has many choices—that’s why you have to be a thinking actor.”

Being a celebrity for most of his life has its advantages, he shared: “The opportunity to make people happy is at the top of the list. I also feel happy and fulfilled.”

And the downside? “Not that it’s the worst talaga, but you can’t live as normally as you’d want to because a lot of people are looking. You have to be [more] mindful of your actions.”