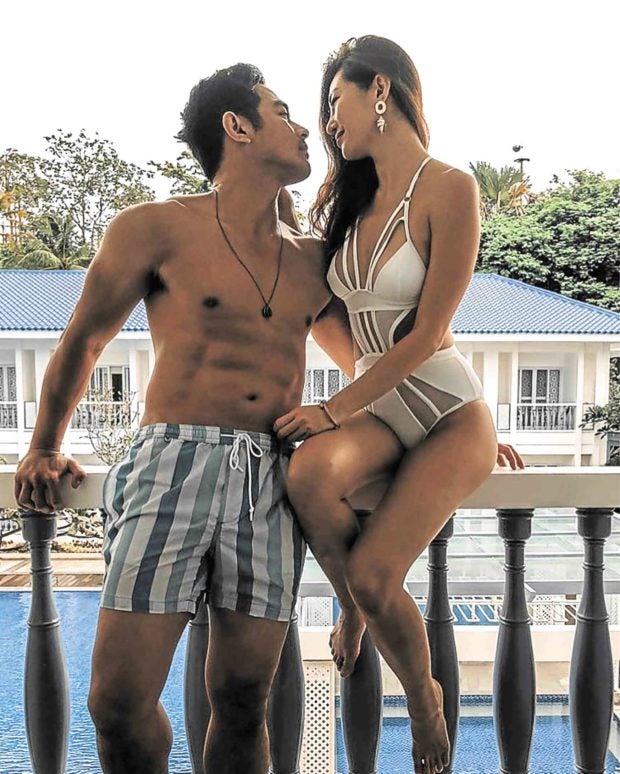 The sweet exchanges of messages and the photos they have been recently posting on Instagram all suggest that actor Benjamin Alves and model Chelsea Robato are already in a relationship.

They’re “not hiding anything,” Ben insisted. But for now, he would rather not go into detail about their romance. “What you see online is what you get,” Ben told the Inquirer at a press conference for the New York-based acting coach Anthony Vincent Bova, who recently conducted another set of workshops for GMA Artist Center talents.

Accompanying a photo uploaded by Ben, which shows him lifting up a giggly Chelsea, was a romantic, if a bit vague, caption that read: “I didn’t find a perfect moment, because I think that today was just about … having today.”

Chelsea, on the other hand, posted a photo of her and Ben cozying up, and simply wrote: “Perfect timing.”

Asked why he’s opting to be more private with his love life this time around, Ben said that, by choosing what to or what not to post, he gets to “dictate the narrative.” “People can speculate whatever they want, but as long as I know what’s up and I know what I share, that’s it,” he said.

Ben, who was previously in a relationship with singer-actress Julie Anne San Jose, said that he’s in a “great place” right now.

While the 30-year-old Kapuso actor has had considerable experience in acting, Ben still feels the need to undergo training to equip himself with the right tools.

“For a carpenter to build something, for a doctor to perform surgery, they need to have tools. And it’s the same for an actor. You have to understand the process, so you can really dive into your role or do your scenes justice,” he said.

The round of intensive training and exercises Bova conducted for Kapuso artists recently was a welcome follow-up to the past workshops Ben had taken under the international coach.

“This is my sophomore year, if you will,” said Ben, who described Bova’s teaching approach as “holistic.”

“It’s not just about being a better actor. It’s also about discovering new things about yourself, which in turn, help you become a better person,” Ben pointed out. “And because of that, you build a good foundation; you feel protected, empowered. That’s the good thing.”

To this day, Ben experiences insecurities in front of the cameras, especially when he has to do something new, as in playing his “Dahil sa Pag-ibig” character, Eldon—an overseas Filipino in Saudi Arabia, who gets imprisoned for a grave crime.

“The insecurities are always there—am I getting the most out of my character, will the audience accept my performance? There are lots of questions,” he admitted. “But I don’t let them overwhelm me. I honor the feeling, so I could do something about it. And really, you just have to move forward, no matter how tough things are.”