Gretchen as ‘ghost buster’ vs Marjorie as ‘ghost writer’? 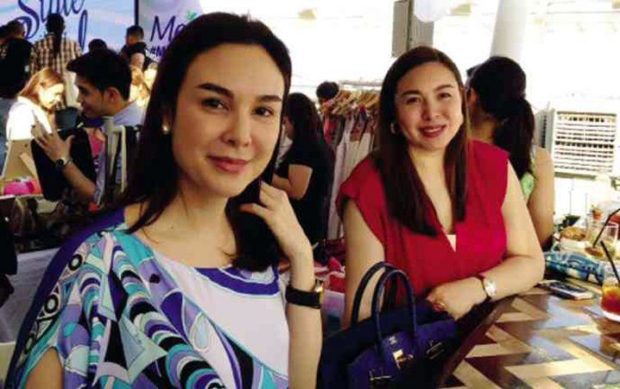 Netizens were quick to point out a seeming connection between the Instagram bios of sisters Marjorie and Gretchen Barretto.

Marjorie’s bio reads “Ghost Writer” and Gretchen’s reads “GHOST BUSTER” (all caps as she wrote it).

Netizens noticed this after Gretchen accused her niece Julia of hiring a “ghostwriter” when the latter issued a statement on her alleged involvement in the breakup of Bea Alonzo and Gerald Anderson.

Marjorie was the first one to change her Instagram bio, but later netizens began to notice that Gretchen also changed hers.

Gretchen even shared some of her fans’ reaction to her change of Instagram bio.

The sisters have not released any statement on the issue. 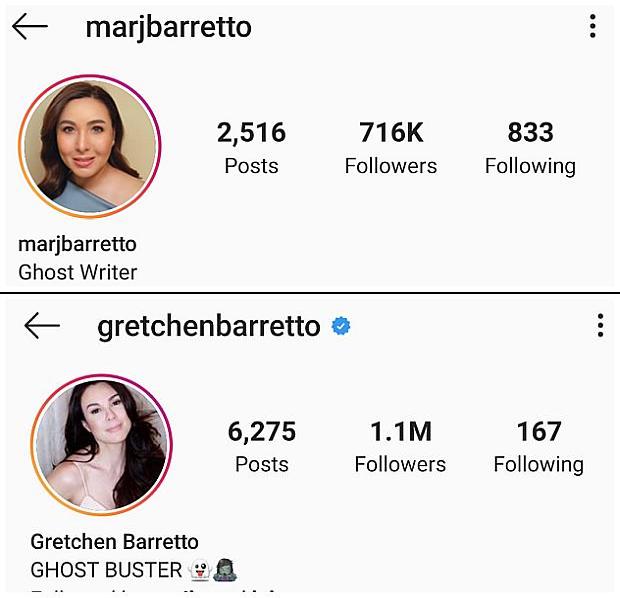