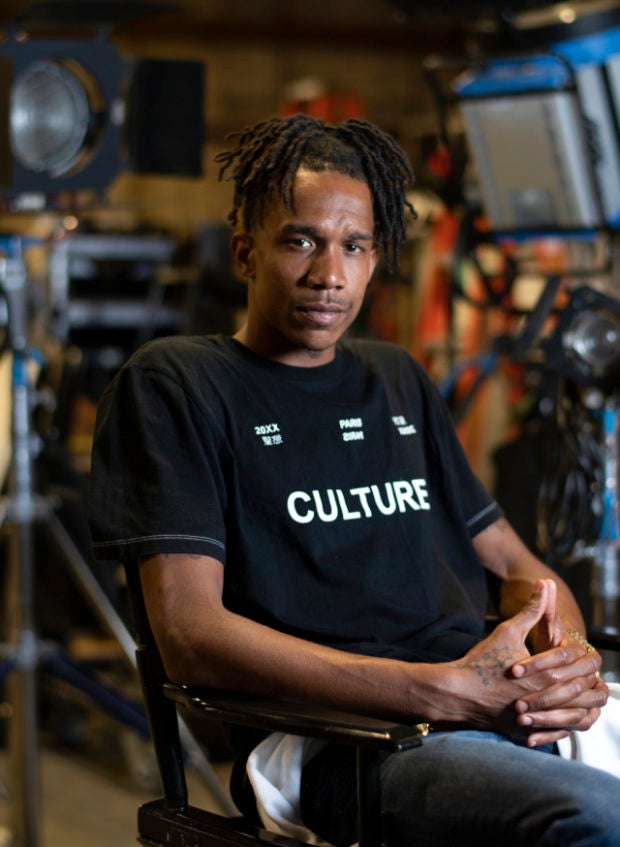 Debate is raging inside a dark, cavernous soundstage on the Warner Bros Ranch—about a mushroom.

One film crew member wants to try lighting the six-inch prop from the right. Another favors the left.

Richard Crudo, a veteran Hollywood cinematographer whose credits include “American Pie,” observes for a moment before stepping in.

“If you can light it right, you’re going to get an Academy Award,” he says, with a wry smile.

Crudo is overseeing 30 or so young interns from the elite “Academy Gold” summer program, set up by the industry body in a bid to promote diversity in the aftermath of the #OscarsSoWhite campaign.

The scheme is targeted at those from underrepresented backgrounds—women, ethnic minorities and people with disabilities.

It sees aspiring filmmakers attend panels and workshops across Los Angeles in collaboration with Tinseltown giants including Disney, Sony and Paramount before each is paired up with a mentor.

Crudo—a member of the Academy, which hands out the Oscars—says Hollywood has taken these steps after finally realizing its rich, white male-centered universe was “just an untenable situation.”

“It’s hard for everyone to crack in, and especially hard for minority people and people who’ve been underrepresented in the industry for many years,” he says.

“It was time—it was high time.”

On this day, the interns have been split into five groups, each tasked with turning the same deliberately opaque script into a movie scene showcasing a genre of their choosing.

The current team has opted for “alternative” and is aiming for a surreal, David Lynchian aesthetic—cue a laughing mannequin in a cowboy hat, plenty of intense brooding stares and that bizarre mushroom.

Optimism about the industry’s direction among the young auteurs—some of whom started working in movies after the #OscarsSoWhite, #MeToo and #TimesUp movements began—is palpable.

“We have a very good thing happening. Do I think it’s at my pace? Like, no, I would have half this crew… it would be equal,” says 22-year-old Alyssah Powell, cinematographer for the day.

“The day that I can go to the Oscars, and there’s as many female nominees as there are male nominees, then I’ll be satisfied for sure.

“But, you know, we’re getting there.”

Many of the 120-odd trainees participating in the program run by the Academy of Motion Picture Arts and Sciences had already obtained internships or work at major studios, and were hand-picked to apply.

Powell, who started in film at 19 and has minor credits for “Kong: Skull Island” and “Pacific Rim: Uprising,” feels lucky to have gained a toehold so early—but also credits her own perseverance.

“If I always went into an interview, or went on to a set being like, ‘Oh, well, I’m a woman…,’ not only am I thinking that, now I’m projecting that onto others,” she says.

“It’s easy to also get discouraged by stuff like that. But, you know, take it with a grain of salt. We’re on the up—this is a good movement.”

There is also awareness that change takes time, more is required, and opportunities such as this program are not available for everyone.

This year’s “Hollywood Diversity Report” found women and minorities have made modest gains but remain underrepresented in the industry compared with their share of the population.

Women held 32.9 percent of lead acting roles in movies—up nearly two percentage points from 2016, but still far short of their share of 50 percent of the overall population.

“Advances for people of color and women remain fairly incremental, if not stubbornly static,” the University of California Los Angeles authors wrote.

The interns who spoke with AFP all say they have not personally experienced discrimination in the industry due to their race, gender or background, but know plenty around them who have.

“When the directors and the production company heads don’t normally look like you, it can be difficult,” says Terion Ford, a 26-year-old African-American from Dallas.

Ford says he believes change is coming about because Hollywood executives have finally realized that viewers want to see stories told from the perspective of those living them.

“But I’m saying there’s going to be a point where they’re going to be like, ‘Alright, we can’t beat them—we’ve got to join them’.” NVG

Marvel’s next films will bring diversity, onscreen and off