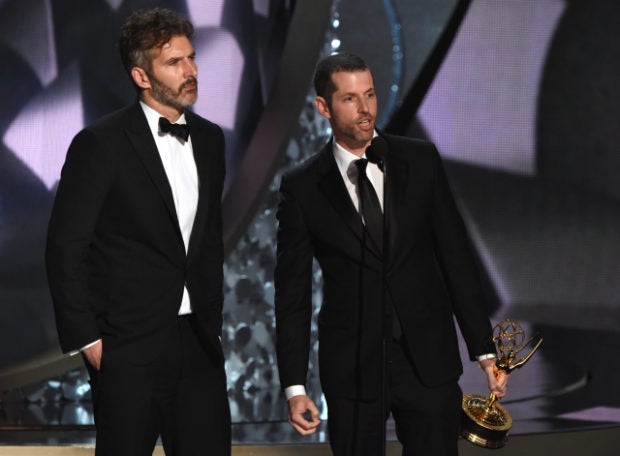 “Game of Thrones” showrunners David Benioff and Dan Weiss have signed a multi-year deal with Netflix to write, produce and direct new series and films for the streaming giant, the company said Wednesday.

The contract sees the pair leave HBO after years on “Thrones,” which demolished audience records, scooped an unprecedented number of Emmys for a fictional show, and redefined weekly “event TV.”

“They are a creative force and have delighted audiences worldwide with their epic storytelling. We can’t wait to see what their imaginations will bring to our members.”

Netflix did not comment on reports in the Hollywood press that the contract, which followed an intense bidding war between major studios, was a “nine-figure deal.”

A figure above $100 million would be in line with deals Netflix has signed with “mega-producers” such as Ryan Murphy (“Glee”) and Shonda Rhimes (“Grey’s Anatomy”).

In a statement of their own, Benioff and Weiss said: “We’ve had a beautiful run with HBO for more than a decade and we’re grateful to everyone there for always making us feel at home.”

“Netflix has built something astounding and unprecedented, and we’re honored they invited us to join them,” they added.

No details have been given on the series and films the pair will create.

But Benioff and Weiss said they shared a love for “the same ’80s movies” and “the same books” as several Netflix executives.

In a totally separate deal, the pair are also working on a trilogy of new “Star Wars” films for Disney’s Lucasfilm.

The payday for Benioff and Weiss comes despite a bumpy final season for “Thrones” that enraged fans around the world, and prompted a petition signed by 1.7 million people for it to be remade with “competent writers.”

The final season, however, bagged a record 32 Emmy nominations. NVG

‘Game of Thrones’ and Netflix tipped to sweep Emmy nominations