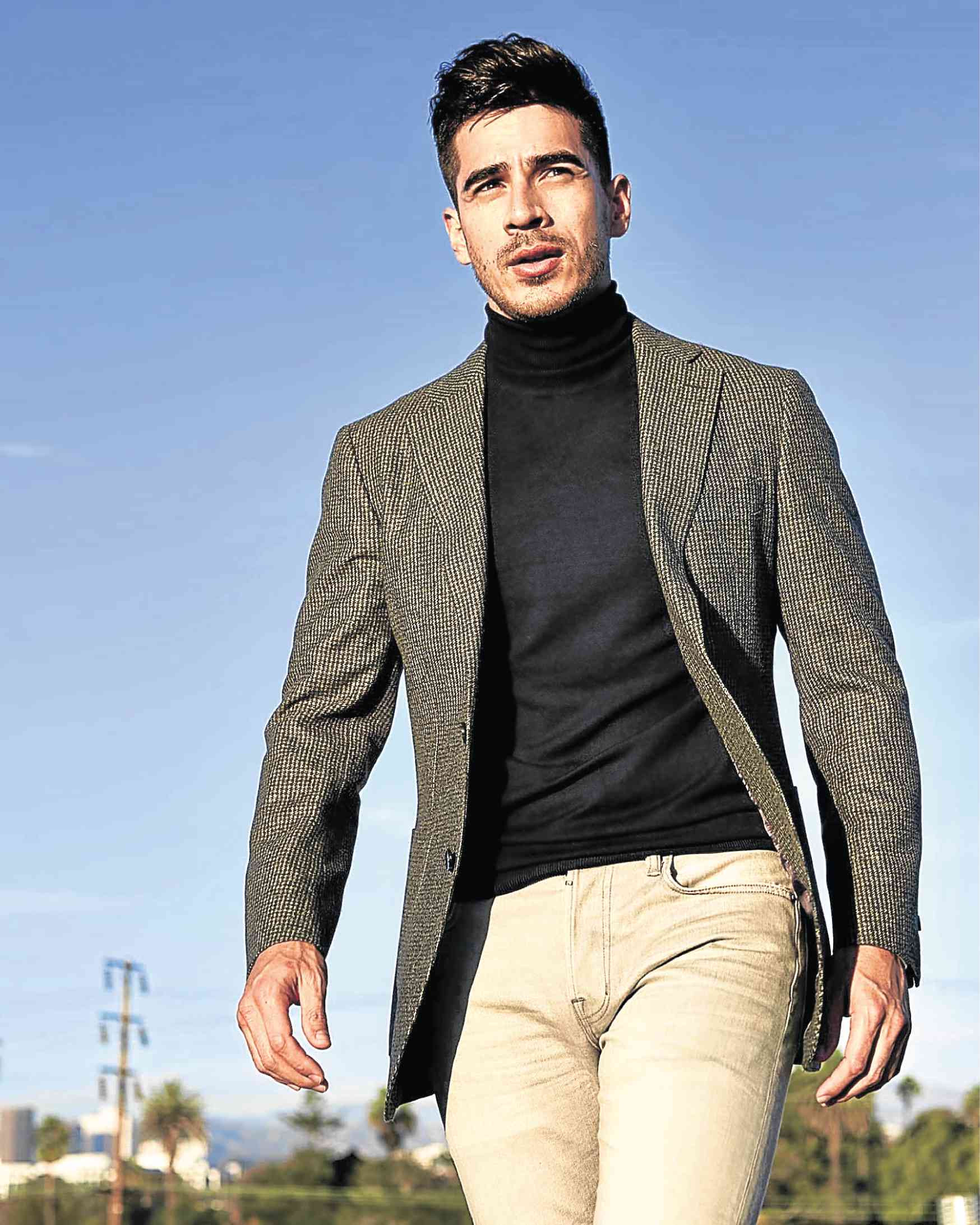 (Sixth of a series)

LOS ANGELES—“I used to be concerned with ‘results,’ which means booking the job, but that was counterproductive. I shifted my focus away from ‘the job’ and instead made sure my craft was at the highest level possible,” Michael Galante said about his journey so far as a Filipino-American actor in Hollywood.

Michael, who grew up in a suburb outside New York City, starred in Season 1 of Freeform TV’s “Good Trouble.” Michael also recurs in Tyler Perry’s “The Haves and the Have Nots.”

The actor’s other TV credits include guest-starring roles in “Switched at Birth,” “Jane the Virgin,” “Baby Daddy,” “Rizzoli & Isles” and “Aquarius.” He has also been featured in short and independent films, including “Boy Meets Girl,” an LGBT dramedy that tackles transgender issues, for which he won best supporting actor honors at the FilmOut San Diego Festival.

The avid soccer player and boxer gives back to the community by participating in city events to feed the homeless. He also supports the Hilarity for Charity Foundation, created by Seth Rogen and his wife, to help inspire change and raise awareness of Alzheimer’s disease.

Michael lost his grandfather to the disease and has worked with his family to create a foundation that directly supports Hilarity for Charity.

How would you describe your journey as an actor so far? It’s been quite a learning experience! I’ve been in the business for several years now and every time I think that I have a firm grasp of the “formula for success” in this industry, something totally unexpected happens! I find that the only thing I can really control is the level of work that I bring into the room.

I used to be concerned with “results,” which means booking the job, but that was counterproductive. I shifted my focus away from “the job” and instead made sure my craft was at the highest level possible. That perspective changed the game for me, and the bookings came. I am grateful to say that I’ve been working steadily ever since.

How do you prepare for an audition? Any good luck rituals? “Tell the truth” is my mantra for prepping for a role. In my opinion, the most compelling performances are honest and in the moment.

My typical preparation is getting off-book as quickly as possible, then taking ample time to give careful consideration for the character’s emotional life and history. Digging into the character’s past and making choices about what drives him is the most important part of preparing for me.

If I do my homework properly, the audition becomes a performance that is honest, decisive and engaging.

What is the most frustrating part of trying to land roles in Hollywood? Earlier in my career, I used to get frustrated about not receiving feedback after an audition. Especially when you feel like you did an amazing job and were right for the role. But then, I realized that casting directors have larger priorities than giving every single actor feedback after a read.

If you think about the sheer volume of actors who get called in, in addition to the actors who self-tape for a role in a show, giving every single actor feedback would be a full-time job in itself!

So now, I don’t worry about the feedback and instead focus on doing my best work for opportunities that come my way.

How do you handle rejection? Rejection can be viewed in two ways: An opportunity lost or an opportunity to grow.

Rejection is a part of this business. How well you handle it can dictate the length and success of your career. If you don’t get selected for a role, you have to dust yourself off, stay positive and do your best to see the silver lining. This comes with time and experience.

I am happy to say that I don’t let rejection affect me negatively anymore. I am comfortable and happy with where I am with my craft and I am usually satisfied with the work that I bring into the room. If they hire me, awesome. If not, it’s OK, because there will be more opportunities coming my way, as long as I maintain a solid work ethic and high level of the craft.

Have there been times when you almost gave up? What motivated you to keep trying? No. Giving up has never been an option for me. Have there been tough times? Absolutely. Have I ever thought to myself, “Wow, there are much easier jobs out there that guarantee benefits?” Yes, of course.

But if anyone knows me, the idea of myself not living a creative or artistic life simply does not exist for me.

The motivation to continue pursuing this career stems directly from two things—my love of the craft and the trust in myself that one day, I would achieve my goal of being a working actor. And those two things work together simultaneously. My love of acting drives me to work harder. And the harder I work, the stronger I become in my craft. This growth increases my belief that I could achieve my goals.

So far, it’s working out!

Do you, as an actor of color, feel that opportunities for minority actors are improving or getting worse? It’s improving. Are minorities still underrepresented in TV and film? Yes.

But I do see a concerted effort by the networks and producers to hire more people of color, which is a positive thing for the industry and a step forward for society as a whole.

Are you encouraged by the acclaim that three recent films focusing on Asian-American stories—“Crazy Rich Asians,” “Always Be My Maybe” and “The Farewell”—received? One hundred percent. “Crazy Rich Asians” was absolutely phenomenal. A major studio finally green-lit an all-Asian cast for a big feature film and it was a commercial success, and not by chance. The writing, acting, directing and cinematography were simply brilliant.

Asian artists finally proved that we’re here, we are talented and we appeal to the masses.

It’s extremely encouraging for a mixed actor like myself to see a film like that get nominated for numerous awards in the highest levels of the industry. Bravo to Jon M. Chu, whom I was fortunate enough to work with in “Good Trouble” last year.

What’s your stand on whitewashing—or the casting practice in which white actors are cast in nonwhite character roles—in Hollywood? People of color are far underrepresented in the industry. Take a look at these stats: “Film leads who were people of color amounted to 13.9 percent, while 12.6 percent were film directors and film writers were 8.1 percent—CNN, 2018.”

Given these statistics, the idea of a white actor being cast instead of an actor who is native to that character’s ethnicity would be like kicking someone while he is already down. Not a very inclusive or fair practice, in my opinion.

Read Next
Autism, poverty tackled in ‘Iska’
EDITORS' PICK
High inflation: Your P1 is now worth only 87 centavos
UK’s Boris Johnson will resign, BBC reports
High-risk pregnancy: Reducing your risk is in your hands
Geek out at TOYCON 2022 powered by Smart Signature
House energy committee chair Arroyo bats for cheap electricity
Unemployment rate up to 6% in May
MOST READ
Suspect in grisly killing of missing woman in Bulacan arrested
Kim Atienza’s daughter flaunts bikini body in response to critics of her ‘revealing photos’
Number of active COVID-19 cases in PH breaches 11,000
Ex-Defense chief Lorenzana is the new BCDA chair
Don't miss out on the latest news and information.