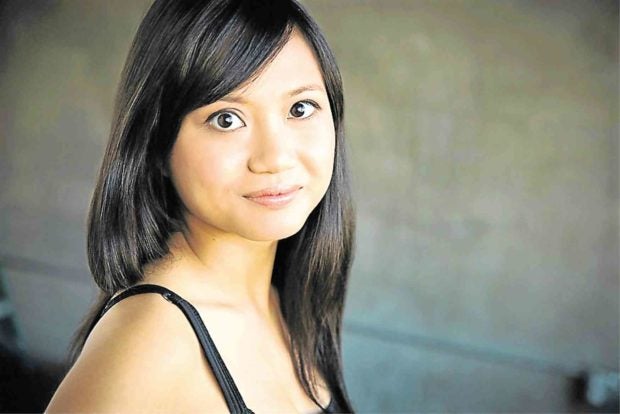 (Fifth of a series)

LOS ANGELES—“Every time I get a part, I get to represent Filipinos onscreen. I get to show a little brown girl that it’s OK to be an actor, that someone who looks like her can be on TV.”

Joy Regullano said those words are what motivate her to keep trying, especially during moments when she’s on the verge of giving up.

The Fil-Am’s TV acting credits include “Crazy Ex-Girlfriend,” “Modern Family,” “Speechless,” “House of Lies” and “Supernatural.” Her YouTube sketch “White Fetish” went viral with over one million views so far, and has been featured in the Huffington Post, Upworthy and more.

Her musical “Supportive White Parents,” about an Asian girl who wishes on a shooting star for sympathetic Caucasian parents, has played at Upright Citizen’s Brigade (UCB) and Second City. It won a scholarship at the Hollywood Fringe Festival.

Joy performs improv and sketch around LA at UCB and Second City Hollywood.

A “Sesame Street” writing fellow, she was recently hired as a writer on a new Netflix family show, “The Healing Powers of Dude.” According to Netflix, the comedy is about “Noah, an 11-year-old boy with social anxiety disorder. When he has to start middle school, he turns to a mutt named Dude, a sarcastic emotional-support dog who might need Noah as much as Noah needs him.”

How would you describe your journey as an actor so far? Lots of ups and downs, successes and things that seem like setbacks, but I’m learning to see any difficulties as part of the journey. “The obstacle is the path.” I originally wanted to be a writer, but life handed me more acting opportunities, so I went that way for a bit. Case in point of things that seemed like “difficulties” actually being part of my journey.

Now, I’m just trying to have a balanced life. Work is just as important as friends, family, hobbies, personal growth, mental and physical health, etc.—and I try not to define myself by my successes, because that only leads to misery. That being said, I’m fortunate to have gotten some great, fun roles, but definitely still have room to grow.

How do you prepare for an audition? Any good luck rituals? My mom loves to pray for me. She prays to St. Pancratius, the patron saint of jobs. I don’t have any good luck rituals, but maybe I should … Sometimes, I’ll bring my audition sides into my day job if I’m working at the restaurant, and I’ll memorize lines in between tables or run lines with my coworkers.

Sometimes, I work on my material while on the elliptical at the gym. It’s really fun when it’s some kind of dialect or accent—sometimes, I hire a coach, and I’ll go around all day muttering under my breath like a crazy person practicing.

But the less you base your self-worth on external successes and validation, and the less attachment you have to outcomes and the more you appreciate the journey, the less frustrating this all is.

Also, the more you create your own stuff and take your own power back as an artist, the less you’re waiting on other people to green-light you!

It’s also frustrating trying to have time for everything—making a decent living if you’re not making enough at creative pursuits, having time for friends, family, hobbies and health. It’s a hard life that we creatives have chosen. 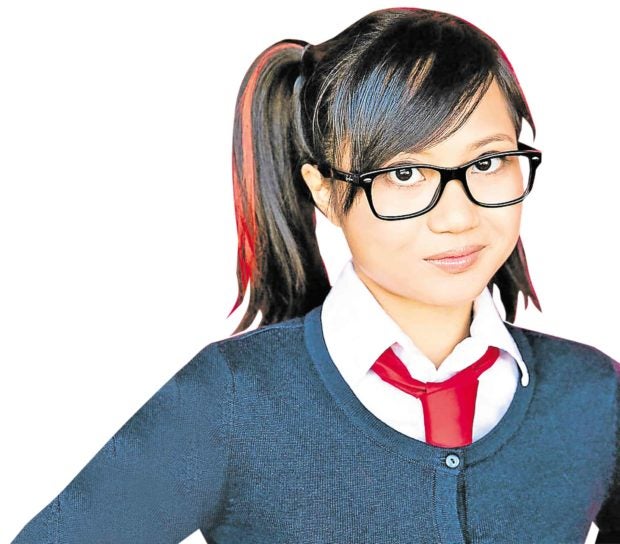 How do you handle rejection? I’ve been working on having a stronger sense of self-worth (not basing my worth on external validation and successes) and stronger internal boundaries (just because someone else says something about me doesn’t mean it’s true).

One of the things I do is daily affirmations. Things I say to myself in the mirror include, “What other people think of me is none of my business.” “I am intrinsically worthy of love, regardless of external accomplishments or what anyone says.”

You can’t take anything personally. Not just in the business, because it could be a million reasons you didn’t get cast, but in life. We’re all stuck in our own “mitote” or “mind fog” (shout out to The Four Agreements), and you know your own truth and worth. Don’t let anyone else define it for you.

Have there been times when you almost gave up? Every other day? Just kidding, sort of. One thing that motivates me is thinking of all the stories I need to tell. “Don’t die with your music still inside you.” (Shout out to Pam Najera for introducing me to Dr. Dyer’s quote.) I’m the only one who can tell my and my family’s stories.

Not only do I selfishly love my art for the enjoyment it brings me, I feel a duty or obligation to represent my community and loved ones in the way I know how—in both writing and acting.

Every time I get a part, I get to represent Filipinos onscreen. When I feel down about how hard this industry can be sometimes, it can help to remember that I’m not doing this just for me—I’m doing this for my community and the people I love.

Do you, as an actor of color, feel that opportunities for minority actors are improving or getting worse? They’re definitely improving! “Crazy Rich Asians,” “To All the Boys I’ve Loved Before,” “Searching,” a Marvel studio feature with an Asian lead—these would never have happened 10 or even five years ago.

Are you encouraged by the acclaim that three recent films focusing on Asian-American stories—“Crazy Rich Asians,” “Always Be My Maybe” and “The Farewell”—received? Absolutely. There’s a market for our stories. Well, there always has been. But now, the suits in Hollywood have to believe us. There’s cold, hard, monetary proof. We deserve to be seen and heard, and we’re here to stay! It sucks that it took so long, but I’m so glad it’s finally happening.

What’s your stand on whitewashing—or the casting practice in which white actors are cast in nonwhite character roles—in Hollywood? Oh, man. This is such a thorny issue. I would love to just link to a bunch of articles that talks about this better than I ever could. I have a lot of respect for people who can talk about race in a calm, educational manner, because there were a lot of those people at UC Berkeley. Unfortunately, I’m not one of them. I become super angry and unintelligible.

On the flip side, I can’t stand when people talk about race without proper respect for how nuanced this conversation needs to be—just any ol’ Joe Schmoe will start whitesplaining in a bar about what they think they know. Hello, people spend their lives studying this—it’s called ethnic studies/Asian American Studies.

So, because I know I’m not as great at talking about this in a serious conversation type of way. That’s why I write comedy about race! It’s the best/only way I know how.

Read Next
For Boy Abunda, it’s fun to be one of the most memed TV celebs
EDITORS' PICK
Mallorca City: Home of Cavite’s finest industrial hub
Gamboa to regional chiefs: Stop jueteng in 1 week or face relief
The fight of the decade: The Gypsy King vs The Bronze Bomber
Gamboa: Let provincial chief deal with Espenido’s ‘gag order breach’
Tokyo 2020 postpones volunteer training over virus fears
Gov’t sends home 30 Filipino repatriates as quarantine period ends
MOST READ
Honda to shut down Laguna plant
LOOK: Heart Evangelista wears ‘Quiapo headband’ at Paris Fashion Week
Mark Bautista on love: ‘She has to be understanding of my situation, that I’m bisexual’
It was DILG that blamed Estrada for Manila’s failure to pass standards – Isko Moreno
Don't miss out on the latest news and information.

TAGS: A Fil-Am actor’s life, Joy Regullano, Only In Hollywood