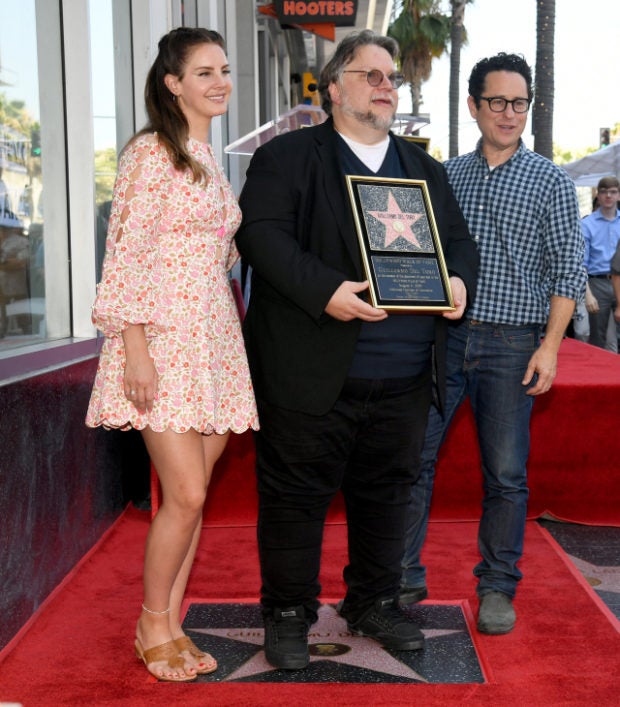 Mexican director Guillermo del Toro was honored Tuesday with a star on Hollywood’s Walk of Fame, where he urged fellow immigrants to reject fear and division in the US.

The double Oscar-winning filmmaker, 54, is known for creating surreal worlds filled with fantastical monsters in movies such as “Pan’s Labyrinth” and “The Shape of Water.”

Speaking in the aftermath of the El Paso mass shootings, he told the crowd that “great fear” was being used to divide people, but “those divisions are complete fantasies.”

“When people say, ‘You dwell in fantasy,’ I say, ‘I don’t. Politicians do, churches do, I don’t. I deal with facts of the soul and the stories.'”

He added: “Do not believe the lies they tell about us. Believe in the stories you have inside and believe that we all can make a difference.”

Del Toro left Mexico in 1998 after his father was kidnapped for a $1 million ransom that he only managed to pay with the help of fellow director James Cameron.

He is now known as one of the “three amigos” of Mexican film along with fellow Oscar-winning directors Alejandro Gonzalez Inarritu (“Birdman,” “The Revenant”) and Alfonso Cuaron (“Gravity”).

He told the crowd how searching Tinseltown’s sidewalk in the 1970s for the stars of horror legends Boris Karloff, Lon Chaney and Alfred Hitchcock had inspired him in creating his famed horror universes.

“What I felt with those stars is there were people that were as weird as me and they were here, so that gave me hope,” he said.

“This star is for you, all of you that feel weird to come over and sit for a moment.”

Del Ray provides a song for “Scary Stories to Tell in the Dark,” a horror film produced by Del Toro out Friday. NVG

Chuck Lorre brings his take on immigrant life to TV

Read Next
Guanzon on issues akin to Bea-Gerald-Julia tiff: If there are 2 women and a man, it’s the guy’s fault
EDITORS' PICK
Shop smarter with vivo’s big 12.12 holiday deals
House energy committee chair Arroyo bats for cheap electricity
How not to retire as an ex-president
Lawmakers eyeing more changes in Maharlika plan
Hidilyn Diaz wins only gold missing from her collection
The vivo Y02 is now available in the Philippines for only PHP 5,299
MOST READ
Jovit Baldivino, ‘Pilipinas Got Talent’ winner, dies at 29
Andi Eigenmann, family in Manila for a quick visit; Ellie dines with grandma Jaclyn Jose
LPA enters PAR, to likely strengthen into tropical depression in coming days – Pagasa
Lawmakers eyeing more changes in Maharlika plan
Don't miss out on the latest news and information.