Chuck Lorre brings his take on immigrant life to TV 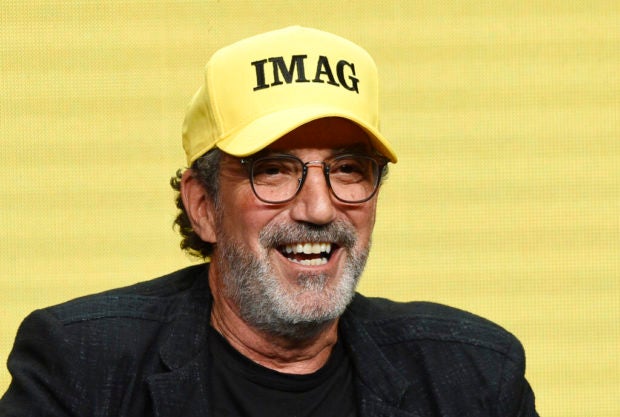 Chuck Lorre, executive producer of the CBS series “Bob Hearts Abishola,” wears a hat with initials that he said stand for “Immigrants Make America Great” during a panel discussion on the show at the Summer 2019 Television Critics Association Press Tour at the Beverly Hilton, Thursday, Aug. 1, 2019, in Beverly Hills, Calif. Image: Chris Pizzello/Invision/AP

BEVERLY HILLS, Calif. — Chuck Lorre is bringing his take on immigrant life in America to CBS, and claims it has nothing to do with President Donald Trump’s hardline stance on the crisis at the southern U.S. border.

The creator of such hits as “The Big Bang Theory” and “Young Sheldon” told a TV critics meeting Thursday that “Bob Hearts Abishola” is about the greatness of first-generation immigrants and the hard work and focus they bring to their new lives in America.

Lorre pulled a yellow baseball cap with the black letters IMAG out of a plastic grocery bag, explaining it stood for Immigrants Make America Great as he donned it.

He said the show is about people he’s known who have come to America.

“I’ve always thought that is a great story,” he said.

On the surface, the show resembles a romantic comedy in the vein of Lorre’s hit “Mike & Molly,” which co-starred Billy Gardell, who plays one of the title characters in the show debuting Sept. 23.

But Lorre said the romance is merely a way to get into the story of Bob, a middle-aged compression sock salesman from Detroit, who falls for his cardiac nurse, a Nigerian immigrant, while recovering from a heart attack. 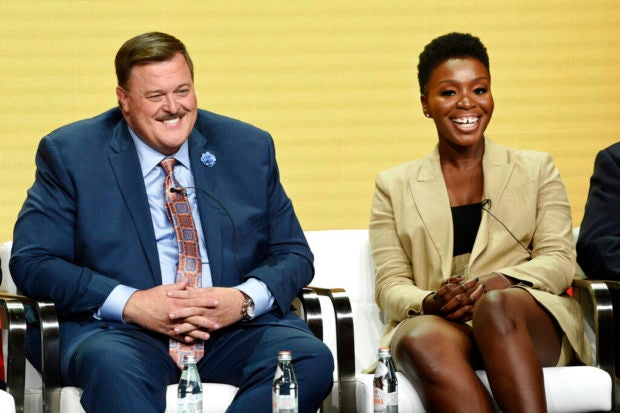 “I don’t think he cares where she’s from,” Gardell said. “He just thinks there’s a moment of safety after a moment of danger.”

Yashere quickly asked the name of the nurse. Higgins said they were thinking Lupita, inspired by actress Lupita Nyong’o.

Yashere pointed out Nyong’o was born in Mexico and grew up in Kenya. She gave Lorre and Higgins a list of Nigerian names and they chose Abishola, which she said means to guide.

“Not too complicated for the American palate once you get used to it,” Yashere said. NVG

An emotional send-off for lovable geeks of ‘Big Bang Theory’