LISTEN: British singer Labrinth enlists Zendaya in new remix of ‘All For Us’ 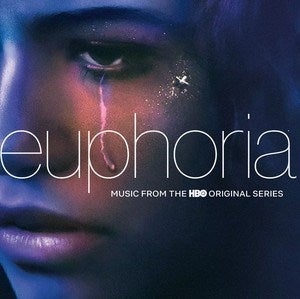 A remixed version of Labrinth’s “All For Us” appeared on the season finale of HBO original series “Euphoria”. Image: HBO via AFP Relaxnews

The duet “All for Us” premiered on the season finale of HBO TV series “Euphoria”, in which Zendaya plays the main character Rue.

This remixed version of “All For Us”, written and produced by Labrinth, appeared in a musical sequence that sees Rue in the midst of a drug-induced hallucination, in which she is carried around by a choir.

“All For Us” will appear on Labrinth’s upcoming new album, along with the previously-issued “Miracle” and “Mount Everest”, which featured in the second episode of “Euphoria.”

The record will follow his debut LP “Electronic Earth”, which arrived in April 2012.

Since then, the English musician has collaborated with Ed Sheeran, The Weeknd, Nicki Minaj, as well as Sia and Diplo in former supergroup LSD.

He also collaborated with Beyoncé on “Spirit”, the lead track from the soundtrack of the live-action remake of “The Lion King”.

In a recent interview with Vulture, Labrinth shared details about his experience working with series creator Sam Levinson.

“When Sam [Levinson] told me about the show and Zendaya’s character, that she was a recovering drug addict, he explained that it was about teenage life. I looked back on my experience as a teen and all the craziness that went on when I was a kid… I just felt like I knew what to say or sing about these experiences,” he said. HM/NVG