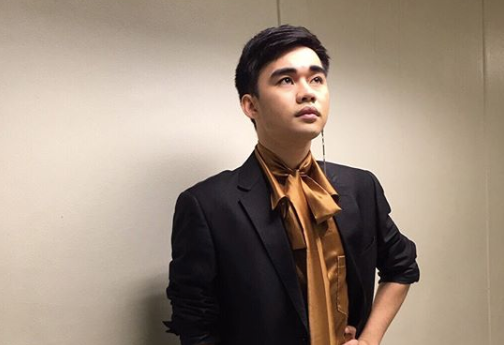 Lucas Garcia believes “Idol Philippines” is special because it is the first singing competition where he expressed himself as an openly gay singer.

The “Idol Philippines” finalist opened up about showing his true identity in an episode of the talk show “Tonight with Boy Abunda” which aired last Friday, Aug. 2.

Garcia, when asked why “Idol Philippines” is special for him, replied that it is the first competition where he showcased his true self.

(“Idol Philippines” is the only contest that I joined where I came out. Every time I went onstage in other amateur singing contests, I made myself appear masculine.)

(It was so hard that when you go offstage, [that is the only time when you can] sway your hips again, to return to your true self. It was so hard, until you can breathe in relief again.)

Abunda asked him to re-enact how he used to make himself appear manly onstage. Garcia struggled a bit, but laughed through the re-enactment nonetheless.

“Nakakadiri talaga, nakakadiri,” he admitted, which made Abunda laugh harder. (It is really disgusting. It is disgusting.)

Garcia is the first runner-up in the recently concluded season of “Idol Philippines” where Zephanie Dimaranan emerged as the champion. Hannah Mallorca/JB