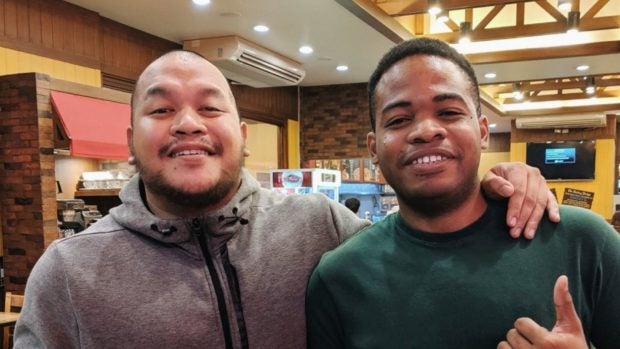 Luke Baylon might be working on a future project with Quest, after Baylon’s audition on “Idol Philippines” caught the rapper’s attention last week.

Quest hinted at their collaboration on Twitter last Friday, May 17.

“Exciting times are up ahead. Ready na kami (We are ready,) guys,” Quest said.

Exciting times are up ahead. Ready na kami guys. pic.twitter.com/P4Kki3KCP2

He has also previously spoken about his interest in working with Baylon.

(Yo, Luke Baylon. I am just here if you want help. Let us make a song, I can produce it.)

Baylon’s audition drew attention from viewers online after he was rejected by three of the four judges. James Reid, Moira Dela Torre and Vice Ganda all voted not to let him continue in the contest, while Regine Velasquez-Alcasid was the only judge who voted to let him move on to the next round.

Following the release of the audition online last Sunday, May 12, many viewers expressed their disappointment with the judges’ decision to let the 21-year-old go. Some viewers also questioned the credibility of Reid, Dela Torre and Vice Ganda as judges of the singing contest.

Quest, who has been in the OPM industry for more than a decade, weighed in on the situation to remind viewers not to bash the other judges, while reiterating his initial interest in helping the singer.

“Saw the entire Luke Baylon audition. [I’m] guessing [three] judged performance and one saw potential. Every contestant has the chance to grow and evolve throughout the competition and [that is] what one judge saw. Yes, the audition could be better but his range and voice quality is really good. We [do not] need to bash the other judges. Magkakaiba panlasa nila sa music (They have different tastes in music). Respetuhin natin ‘yun (Let us respect that). But I [do not] want to miss the opportunity to see Luke soar. So I wanna help him if he’s okay with it,” he posted on Twitter last May 13, 2019.

Further details regarding their collaboration have not yet been announced, as of writing. JB