Mariel Rodriguez finally revealed the name of her second baby girl during a baby shower she hosted last Saturday, July 27.

The “It’s Showtime” host took to social media after the celebration to share the baby’s name with her fans and followers. The dinosaur-themed shower was held in Raffles Makati in Makati City. 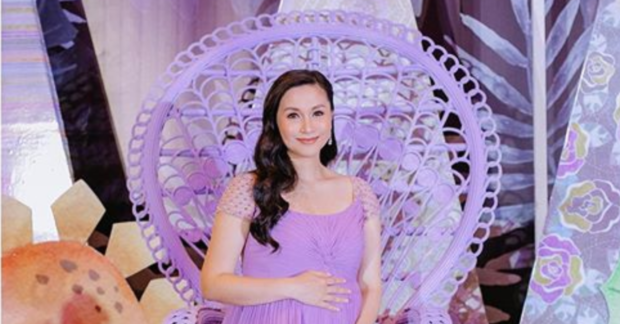 Rodriguez revealed that she and husband Robin Padilla chose to give their second child the name Maria Gabriela. She talked about the inspiration behind the name in her vlog post on YouTube yesterday, July 28.

The expectant mother explained they decided to give the baby the first name of Maria because she and her first child, Isabela, both carry the name. Maria is also similar to Mother Mary, which Rodriguez says makes her happy since she practices the Catholic faith.

Meanwhile, the baby’s second name, Gabriela, is inspired by the Philippine heroine Gabriela Silang. The couple said it also honors Padilla’s mother, Eva Cariño, who they say is a descendant of the Filipina revolutionary leader.

Rodriguez stunned in a full-length purple gown during the baby shower. It was a star-studded event with celebrity friends such as Ryan Bang, Jhong Hilario and Amy Perez in attendance.

The TV host broke the news of her second pregnancy last May on “It’s Showtime”. She later revealed that the baby is a girl through a previous YouTube vlog last June. JB