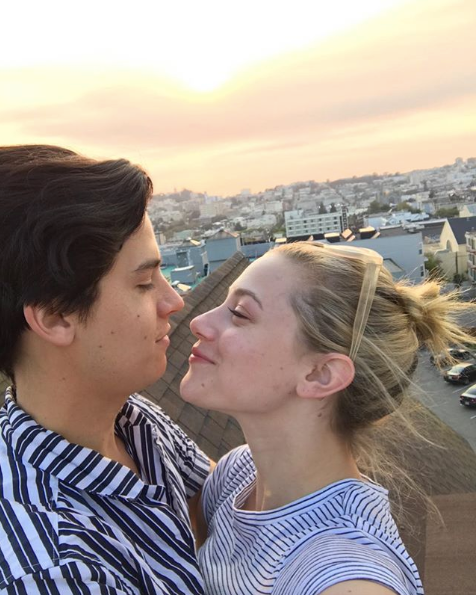 The two “Riverdale” stars were in a relationship for two years.  Image: Instagram/@lilireinhart

The two “Riverdale” stars were in a relationship for two years alongside an onscreen romance as Jughead and Betty on the teen drama show.

The actors no longer live together, E! News reported on Monday, July 22. Despite the split, they have remained professional, a source told People on Tuesday.

As to why they broke up, the same source said it was because of their different personalities and lifestyles. “Things have felt super heavy in the relationship for a while, and it got to be too much.”

Both Sprouse and Reinhart were friendly during the “Riverdale” panel at the San Diego Comic-Con on Sunday, July 21.

However, the night before, on Saturday, they kept their distance during the Entertainment Weekly Comic-Con party, choosing to stay close to other castmates, Us Weekly reported on Monday. During the party, Sprouse is said to have told a friend that he and Reinhart had broken up.

Both have been private about their relationship, mainly expressing their affection for each other on social media. Though dating rumors swirled in 2017, they had their first red-carpet appearance as a couple at the 2018 Met Gala.  Niña V. Guno /ra

Cole Sprouse apologetic over caption of Manila photo: ‘Shoulda have thought more about the words used’

Charles Melton on getting hurt for real in ‘Riverdale’