Why Kris Bernal accepted a dark and villainous character 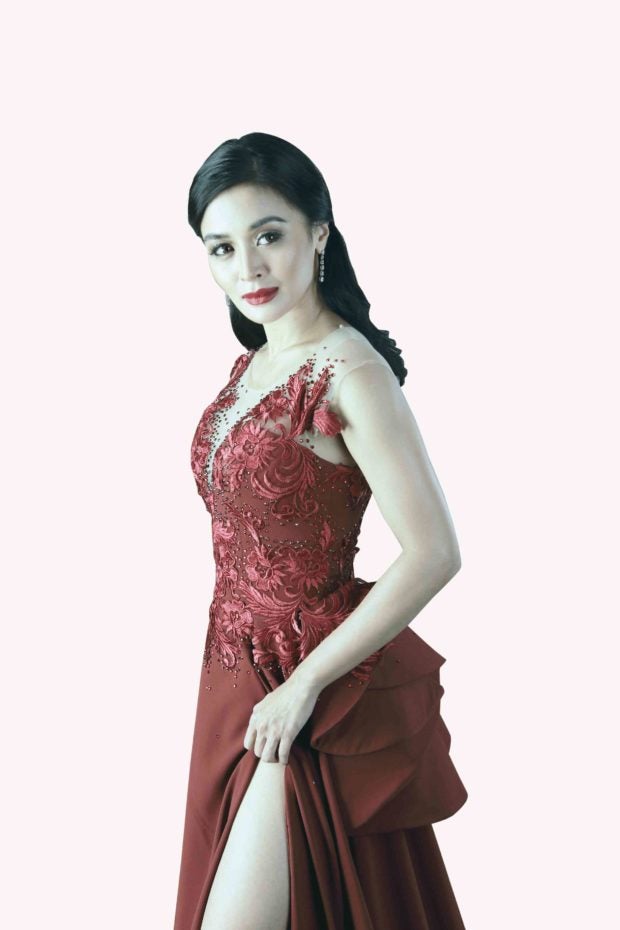 Kris Bernal has been in show biz for 12 years now and has starred in dozens of drama series and movies. But still, her dream of winning an acting award continues to elude her—a fact that she admittedly finds “frustrating.”

“I have always wanted an award, but I have yet to get one … Of course, you always try to give your best [in every project], but it doesn’t seem to be enough,” Kris told reporters at a recent press conference for her new afternoon horror-drama series, “Hanggang sa Dulo ng Buhay Ko.”

“And so, sometimes, you couldn’t help but wonder what it is that’s lacking. What should you work on?” she added.

But the 30-year-old actress is not about to let go of that goal just like that. “I always want to do better; I want to do more,” stressed Kris, who surmised that maybe she’s putting too much pressure on herself. “Kailangan siguro, husayan ko pa nang husayan.”

And that yearning for recognition for her onscreen work has, to a certain extent, influenced the way Kris chooses her roles. As of late, she has been more open to playing characters that are markedly different from the sweet, goody two-shoes girls she’s often cast as.

In her recent movie “KontrAdiksyon, a drug war-themed action film, Kris played a call center agent who peddles illegal drugs on the side. “Hanggang sa Dulo,” on the other hand, has the GMA 7 star taking on the role of a vindictive ghost, who’s bent on haunting her ex-boyfriend, Matteo (Rayver Cruz), and his new partner, Yvie (Megan Young).

“I play a woman who loved and lost. Her situation drove her crazy, and ultimately, led her to take her own life. And now her ghost is out to seek revenge on those who had hurt her,” she related.

Kris admitted that she initially had second thoughts about the offer, because she wasn’t sure if she was up to it. “I’m not used to tackling dark characters or villains. But when I finally read the script, I thought that it’s something fun to play with,” she told the Inquirer.

And Kris is always up for a challenge. “Even if I’m tired, I have to cry and act crazy. I have to do and think of a lot of things. But I like that … I have a new goal this time around, and that’s to elicit fear from viewers,” she said, adding that her ghost character is a breath of fresh air.

“Megan’s role is something I would usually get—the ones who are sweet, reserved and afraid. But since I have done that type of role so many times, I’m thankful for what I got. It’s nice to do something like this, so I don’t get burned out. I went for it, because I don’t know when I will get such an offer again.”

She’s also happy to be working with Rayver, her childhood crush whom she now considers her “favorite” onscreen partner.

“It’s purely work for some actors I have worked with. But Rayver’s one of the actors I can actually talk to behind the cameras; we’re really friends,” Kris said. “I can share my problems with him. And I ask him if I need advice from a male perspective.”

As for her three-year relationship with her nonshow biz boyfriend, businessman Perry Choi, Kris said there’s no plan yet to get married or settle down. Maybe in three years, she said.

“He’s supportive of my career, which I plan to continue for a long time. He respects that,” the actress pointed out. “Of course, I would like to start my own family, and have lots of kids. But there are other things that I still want to do first.”